More, not less, multilateralism is needed to fight the coronavirus pandemic

"When written in Chinese, the word crisis is composed of two characters – one represents danger, and the other represents opportunity." John F. Kennedy

For the first time this century, the numbers of people living in absolute poverty are rising. The World Food Programme estimates that another 130 million people could be brought to the brink of starvation, leading to a new combined total of 265 million people in that dire predicament.

"When written in Chinese, the word crisis is composed of two characters – one represents danger, and the other represents opportunity." John F. Kennedy

Our world is experiencing an unprecedented crisis. In a span of just a few months, the number of confirmed COVID-19 cases has risen rapidly to close to 5 million people, in excess of 325,000 lives have been lost, and the global economic impact is estimated in the trillions of dollars.

For the first time this century, the numbers of people living in absolute poverty are rising. The World Food Programme estimates that another 130 million people could be brought to the brink of starvation, leading to a new combined total of 265 million people in that dire predicament. Rates of childhood vaccination and prenatal care are precipitously declining in a number of countries, and non-communicable diseases such as diabetes and hypertension continue to rise dramatically.

In previous global crises, our collective response has been to come together. After World War I, the League of Nations was formed. Then, from the ashes of World War II, the United Nations was formed. Likewise, the OECD emerged from the Marshall Plan to promote co-operation among countries for the reconstruction of Europe. Steps began to be taken towards the formation of a European common market, which eventually became the European Union.

Through the spirit of international collaboration and co-operation, our global community has been able to eradicate smallpox, witness two billion people moving out of extreme poverty, reduce the prevalence of and mortality from HIV/AIDS, and contain the infectious disease outbreaks of SARS, H1N1, and Ebola. Our global community dug deep to navigate through the global financial crisis of more than a decade ago. Past global challenges have created opportunities for stronger and deeper collaboration.

Unfortunately, in more recent years, the rise in populism and “country first” politics have threatened the spirit of international co-operation and the workings of the multilateral institutions. This left the international community at a significant disadvantage as it faced the COVID-19 pandemic. The current crisis, which many have categorized as the worst since World War II, has led many countries to adopt the approach of a return to sovereignty and further a “country first” rhetoric. In some, national interests have been chosen over common human values; politics, competition, casting blame, and confronting have guided their action – rather than the much-needed co-operation, dialogue, and international solidarity. 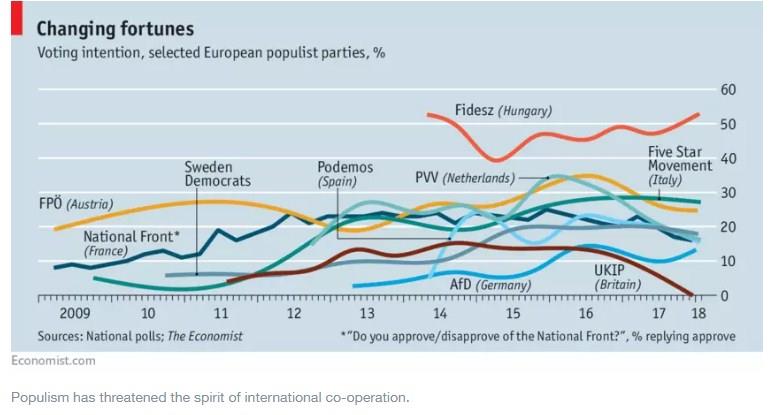 Yet, as UN Secretary-General Antonio Guterres has reminded us: "The COVID-19 pandemic is a tragic reminder of how deeply connected we are. The virus knows no borders and is a quintessential global challenge. Combatting it requires us to work together as one human family."

An effective multilateral approach, however, is not just about confronting our shared challenges. It also means collectively seizing opportunities to rise from this common crisis together, stronger than before. Now is not the time for threats to, and abandonment of our global institutions, despite their flaws. We must rebuild them as part of strengthening our solidarity.

As the world begins to exert a level of control over COVID-19 transmission, and to mitigate its impact on our lives and livelihoods, international co-operation is the only effective way to move forward. National responses are vital, but strategies relying on them alone are shortsighted. We need to reinforce the institutions and mechanisms that support us working together, reform or eliminate those that don’t, and create those we need.

This crisis reminds us of the importance of international unity. We are all in this together. We can hang together or hang separately. International co-operation and multilateralism are our best weapon in this fight and our best defense against other global threats – from climate change, rapidly reducing biodiversity, and rising inequality, to armed conflicts, including terrorism – all which continue to exist alongside COVID-19. The isolation politics of the past decade have been damaging. We now have the choice to seize upon the opportunity of this crisis to strengthen and rebuild multilateralism.