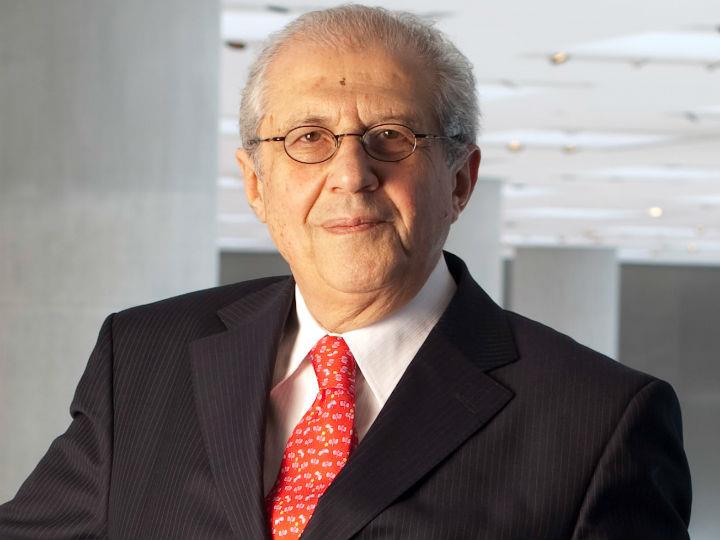 An exclusive interview with Mr. Dimitrios Pantermalis, President / Board of Directors of the Acropolis Museum

The Allegro of Greek National Opera

Few directors in the opera world are quite as iconic as Giorgos Koumendakis. While his style, with its numerous distinctions and of always high status collaborations along with slow movements of prestigious accomplishments that look like a kaleidoscope of his successes and, may not be for everyone, but there is no denying that he has a clear vision for how he sees the opera. He’s worked in many major artistic programmes and he’s still going strong

Exclusive Interview with the Director of IAMY Ntina Adamopoulou in EBR: The "architect" of the EU Jean Monnet had once confessed that "if he could re-start Europe, he would start from culture ...!!" , she mentions and analyses

EBR strolling around The Museum of Modern Art of NYC

Charles White: A Retrospective is the first major museum survey devoted to the artist in over 30 years. on MoMA’s Floor 3 through January 13, 2019

The puzzle of world economy & the labyrinth of EP elections

The end of crisis - US: growth vs EU: forces of nationalism and populism

Ambassador Ikic-Bohm: We need to strengthen the citizens’ trust in the EU

The Ambassador of the Republic of Austria to the Hellenic Republic, Andrea Ikic-Bohm, talks in an exclusive interview at EBR about the current economic challenges and business opportunities in Greece, the reinforcement of bilateral relations and the European elections 2019

George Patoulis at EBR: Economy and the ability of Banks to finance Greek Business

Professor Papasotiriou at EBR: “China’s president is likely to be more influential in shaping the twenty-first century”

The director of the Institute of International Relations, Mr. Harry Papasotiriou, in an exclusive interview with the “European Business Review (EBR)” talking about Europe’s top agenda

Weber at EBR: Europe is not about budgets but most of all about people

The Chairman of the EPP Group in the European Parliament and Spitzenkandidat for the top office, Manfred Weber, talks in an exclusive interview at European Business Review (EBR) and the Journalist Eirini Sotiropoulou about his political priorities as well as the future of Europe.

AmCham President: “We are now better prepared to deal with a new financial crisis”

On the occasion of the “29th The Greek Economy Conference” held in Athens, the President of the American Hellenic Chamber of Commerce, Mr. Simos Anastasopoulos, gave an exclusive interview at the European Business Review

The Greek government will be able to gradually have more and more access to markets as the end of the bailout, the current economic outlook and a sound budget allow Greece to regain its financial independence, former Eurogroup President Jeroen Dijsselbloem

Exclusive Interview with the Director of IAMY Ntina Adamopoulou in EBR: The "architect" of the EU Jean Monnet had once confessed that "if he could re-start Europe, he would start from culture ...!!" , she mentions and analyses

"My love for Art: Natura" states the Director of the Museum of Cycladic Art

Mr. Nikos Stampolidis, Professor and Director of MCA in an exclusive interview

EMST: the Chandelier of contemporary art and modernism

The blue cultural germ of the Aegean - Exclusive Interview with the Director of the MOCA, Dr. Kiriakos Koutsomallis

Greek FM: Europe must keep its word to North Macedonia and Albania

EXCLUSIVE / EU capitals should keep their word and open accession negotiations with North Macedonia and Albania at the 28-29 June summit, Greek Minister of Foreign Affairs Nikos Kotzias told EURACTIV.com in a wide-ranging interview

Arab-Hellenic Chamber: Greece will always maintain its position in the Arab world

The vital role of Greece in strengthening the business and economic relations with the Arab world highlighted the President of the Arab-Hellenic Chamber of Commerce & Development, Harris Geronikolas, in an exclusive interview at EBR

Q&A: What would happen in a world without vaccines?

The U.S., the strong U.S.- European relationship, our transatlantic alliance through NATO, the most successful military alliance in the history of the world, is key to everything else that the United States seeks to achieve globally in terms of building a safe, prosperous and democratic world

Enrique Viguera: This is the right moment to invest in Greece

In an exclusive interview at EBR, H.E. the Ambassador of Spain in Greece, Mr. Enrique Viguera Rubio, expressed his optimism about the current economic developments in Greece, highlighting the need to attract more investments in a wide range of strategic sectors, such as renewable energy and tourism

Euro zone finance ministers discussed ways to pursue a more growth-friendly fiscal policy mix on Monday (17 February), in a potential nudge to Germany and the Netherlands to spend more as fears of a downturn grow in the wake of the coronavirus epidemic

The COVID-19 epidemic has highlighted the vulnerabilities of the traditional physically co-located office, forcing many Asian companies to work remotely. However, a small but growing number of tech companies are intendedly going “all-remote”. They may well be harbingers of the future of work