Preparing for the next crisis - before it’s too late

In particular, COVID-19 and recent climate disasters have shown that we must step up investment in preparedness now, instead of waiting for the next crisis to hit

An analysis by the International Federation of Red Cross and Red Crescent Societies (IFRC) last year found that doing nothing could increase the number of people who need international humanitarian aid because of floods, storms, droughts and wildfires every year – currently 108 million – 50% by 2030. The total could nearly double, to 200 million people, by 2050.

by Jagan Chapagain and Andrew Steer

The world has been planning for the future in the mistaken belief that it will resemble the past. But as COVID-19 coincides with cyclones in South Asia and the Pacific and vast locust swarms in East Africa, the need to prepare for a world of unexpected shocks has become clearer than ever. Epidemics, floods, storms, droughts, and wildfires are all expected to become more frequent and severe, affecting hundreds of millions of people each year.

The COVID-19 pandemic is a global wake-up call. And as leaders of international organizations, we understand both the grave threat and the potential opportunity for change that it represents.

In particular, COVID-19 and recent climate disasters have shown that we must step up investment in preparedness now, instead of waiting for the next crisis to hit. The choice is clear: delay and pay, or plan and prosper.

We know that investing in disaster preparedness is worth it – both in terms of human lives saved and economic returns. Research by the Global Commission on Adaptation, for example, shows that benefit-to-cost ratios for climate-adaptation investments range from 2:1 to 10:1.

To be sure, preparing for major shocks involves substantial outlays. Building resilience to climate impacts could cost $140-300 billion annually by 2030, while meeting World Health Organization minimum standards for pandemic preparedness will require up to $3.4 billion per year.

But these sums are small compared to the costs of not being prepared. Natural disasters already cost hundreds of billions of dollars a year; with a 2?C increase in temperature, according to one estimate, damages from climate change could reach $69 trillion by 2100.

The human cost is high, too. An analysis by the International Federation of Red Cross and Red Crescent Societies (IFRC) last year found that doing nothing could increase the number of people who need international humanitarian aid because of floods, storms, droughts and wildfires every year – currently 108 million – 50% by 2030. The total could nearly double, to 200 million people, by 2050. 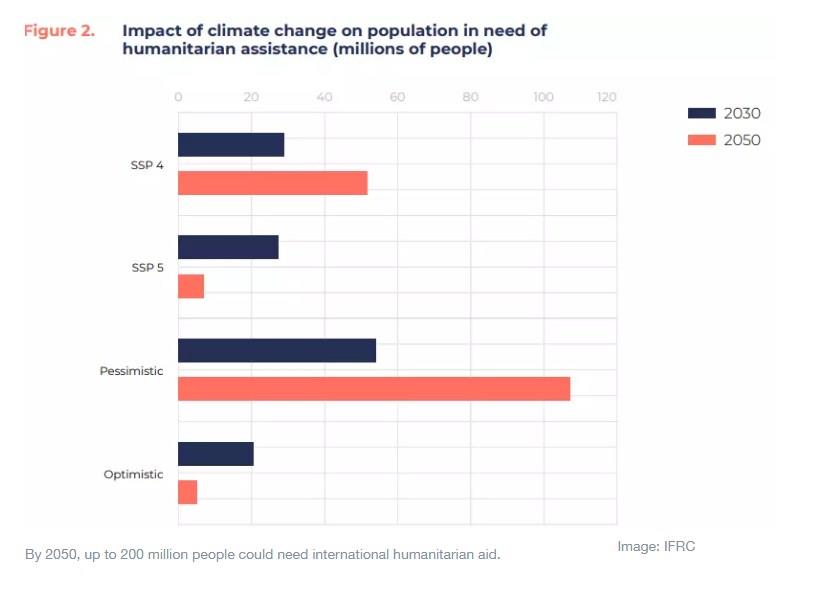 Moreover, the coming year represents a critical window for investing in resilience, because governments will spend trillions of dollars to restart economies after the pandemic. The danger is that financial resources, and with it the political appetite for change, will then shrink. That is why now is the time for the rich world to help poorer countries reboot their economies and boost their resilience to future threats, including climate change.

One of the most important things governments can do today is invest in better collection and analysis of data on the disaster risks their countries face. Simply having 24 hours’ notice of a storm’s arrival or foreknowledge of an impending heat wave can cut the resulting losses by 30%, while spending $800 million on early-warning systems in developing countries would save $3-16 billion per year.

For example, although Cyclone Amphan recently wreaked havoc on India and Bangladesh and killed dozens of people, early-warning systems saved countless more lives. Accurate forecasts, along with decades of planning and preparedness, enabled the two countries to evacuate more than three million people and keep the death toll far lower than it would have been in the past.

Governments and international organizations are now working to make early-warning technology more accessible and effective through a new risk-informed early-action partnership. This initiative aims to make one billion people safer from disasters by 2025, partly by scaling up so-called forecast-based financing, which uses weather projections to give vulnerable communities the resources they need to prepare. Innovative financing schemes like these, which are supported by the German and British governments, among others, can save lives and reduce the damage when storms and heat waves hit.

But none of these solutions will be effective if funding and threat information don’t reach the local level. Communities and local organizations are often the first responders in any crisis, and it is vital that they be empowered to act.

Local communities are also often in the best position to identify effective solutions. After Typhoon Ondoy struck the Philippines in 2009, for example, people living in informal settlements worked with city officials to design resilient housing that could withstand future flooding.

As countries emerge from the COVID-19 pandemic over the coming year, world leaders will face a watershed moment. By ramping up investments in disaster preparedness, they can shape their legacies and set humanity on a safer course for the next decade and beyond.

Does Vestager overplay her hand again?

COVID-19 has disrupted cybersecurity, too – here’s how businesses can decrease their risk

COVID-19 is changing everything. Along with social distancing, obsessive sanitisation, broken supply chains, fragmented workforces and the rise of video meetings, the pandemic is driving acute systemic changes in consumer and business behavior