Are we on the verge of the “Roaring Twenties” ­– or will continued unemployment and economic hardship stall the post-pandemic party for the foreseeable future?

“While there are expectations that a robust economic recovery will occur in the second half of 2021 with the roll-out of vaccination against COVID-19, the global economy is still facing high levels of uncertainty and there is a risk that the recovery will be uneven,” according to an International Labour Organization (ILO) analysis.

by Gayle Markovitz and Samantha Sault*

Are we on the verge of the “Roaring Twenties” ­– or will continued unemployment and economic hardship stall the post-pandemic party for the foreseeable future?

Actually, it depends ­– on the country, the sector, the worker’s gender, age, income and skills, and how policy-makers worldwide respond to structural shifts in the workforce.

“While there are expectations that a robust economic recovery will occur in the second half of 2021 with the roll-out of vaccination against COVID-19, the global economy is still facing high levels of uncertainty and there is a risk that the recovery will be uneven,” according to an International Labour Organization (ILO) analysis.

In 2020, around 255 million full-time jobs were lost worldwide – “approximately four times greater than during the global financial crisis in 2009,” says the analysis.

Furthermore, continued job losses will not be evenly spread. We can expect “massive” losses in sectors like hospitality, arts and culture, retail and construction, hitting women, young people and low- and medium-skilled workers (often the lowest-paid workers) the hardest. At the same time, we could see job growth in high-skilled sectors and occupations such as information/communication and financial/insurance activities – deepening inequality. 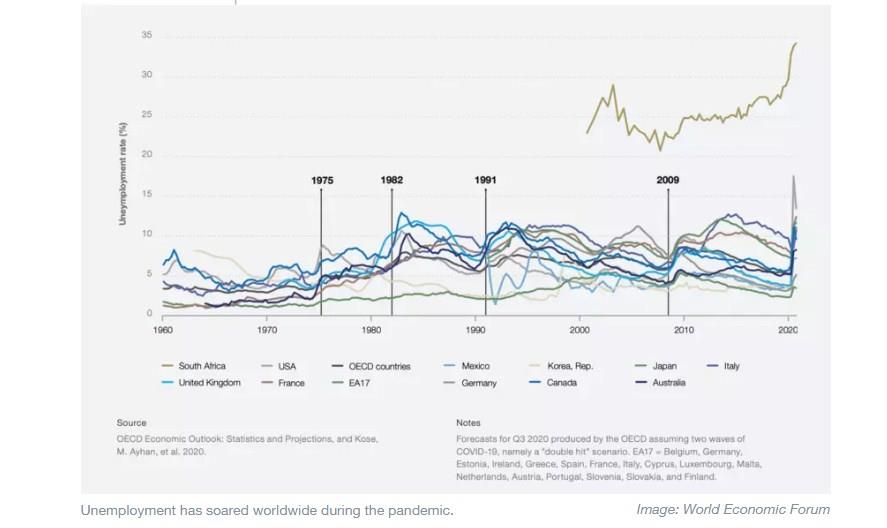 While none of this is surprising, recovery is complicated by a perhaps unanticipated paradox: “millions remain unemployed after losing work in the pandemic, but businesses say they can’t find enough people to hire,” the Financial Times explains. This is especially the case in some of the world’s wealthiest nations – and in the very same sectors facing the biggest losses over the last year and a half.

“There is a growing chorus of complaints in America about a shortage of labour, even as unemployment remains high,” continues the Financial Times report. Delta Air Lines canceled 100 flights in April due to a crew shortage. A McDonald’s in Florida is paying potential workers $50 to simply show up for an interview. Similarly, in the UK, restaurants are offering vouchers to customers and bonuses to employees who refer successful applicants, while Queensland, Australia, is offering cash and subsidized travel to workers for the surfing destination’s tourism sector.

“There are three potential explanations for the puzzling shortages: over-generous benefits; fearful workers; and a reallocation of labour between industries,” explains The Economist. In the US, for example, unemployment benefits in some states are more than twice the minimum wage, notes FT – necessary during pandemic-induced lockdowns, but now thwarting businesses on the verge of recovery who need these workers to return.

So, how do we unlock this “labour market paradox,” ensuring a robust, inclusive recovery that addresses the needs of both businesses and workers?

Ahead of the Jobs Reset Summit 2021, the World Economic Forum asked seven chief economists for their views – here’s what they said. 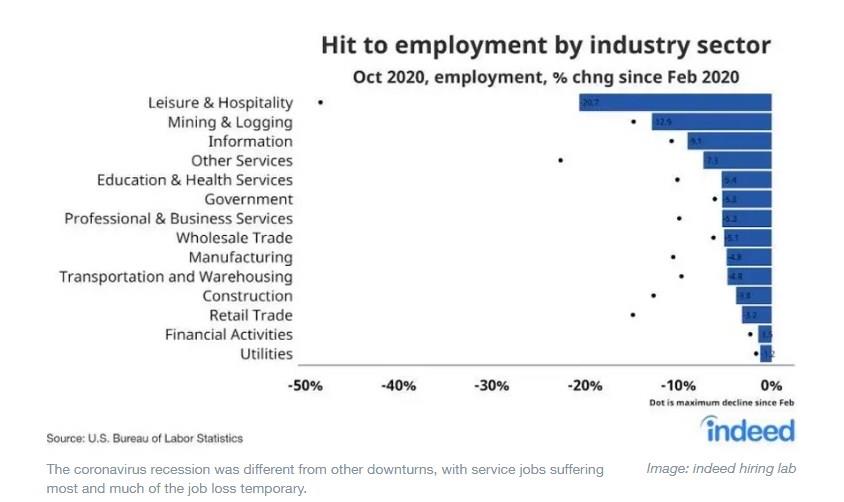 The weird economic cycle of the global pandemic has crashed into the structural upheaval of the Fourth Industrial Revolution. Global labour markets are right in the middle.

Working from home and online retail created mismatches. The urban barista is out of work, but cannot commute for a job in a village pub. Childcare issues and outdated gender stereotypes have undermined female participation in the workforce, although more flexible working arrangements may improve that in the future. Reduced barriers to entry in a more virtual world have combined with more free time to encourage entrepreneurism – every TikToker seems to sell product via a “merch link.” People may return to the historical norm of having a portfolio of incomes rather than a single job.

Unfortunately, labour market data remains in the mentality of a century ago; these structural shifts tend to be glimpsed in the shadows rather than captured in official data.

The labour shortages currently plaguing the US economy are likely to resolve as the recovery continues. However, a more labour-scarce environment could emerge over the coming decade due to demographics. These labour supply issues could be especially acute in countries like China and Germany, where the total labour force is already shrinking.

Higher levels of automation may ultimately solve this labour supply problem. Recent advancements in automation have broad applications within the service sector, and the COVID-19 pandemic prompted many companies to accelerate their adoption of such technologies. However, labour markets may be unusually tight during the investment phase of the transition to higher levels of automation, as new investment demand is typically the forerunner of greater productive capacity.

In the long term, labour automation will eliminate or redefine many jobs in advanced economies, and it will create opportunities for reshoring that could displace workers in emerging markets.

The labour market is one of the big unknowns about the economic recovery. In the US, there are 8 million fewer workers than pre-pandemic, while in the UK, 10% of the workforce is still on furlough. And yet in both countries, and elsewhere, there are widespread reports of labour shortages. A lack of qualified workers is not uncommon for some high-skilled jobs, but currently, it seems, other factors are cutting the supply of workers in many sectors, such as home-schooling, caring responsibilities, health fears, generous government income support and less immigration.

Later this year, as vaccination numbers rise and income-support schemes come to an end, these shortages should abate, helped perhaps by some relaxation of visa restrictions for foreign workers. But in the meantime, labour shortages could hamper the recovery and/or mean that higher wages help keep inflation sticky. They also threaten to slow the rise in the employment-to-population ratio – an important gauge of the Fed’s goal of maximum employment. 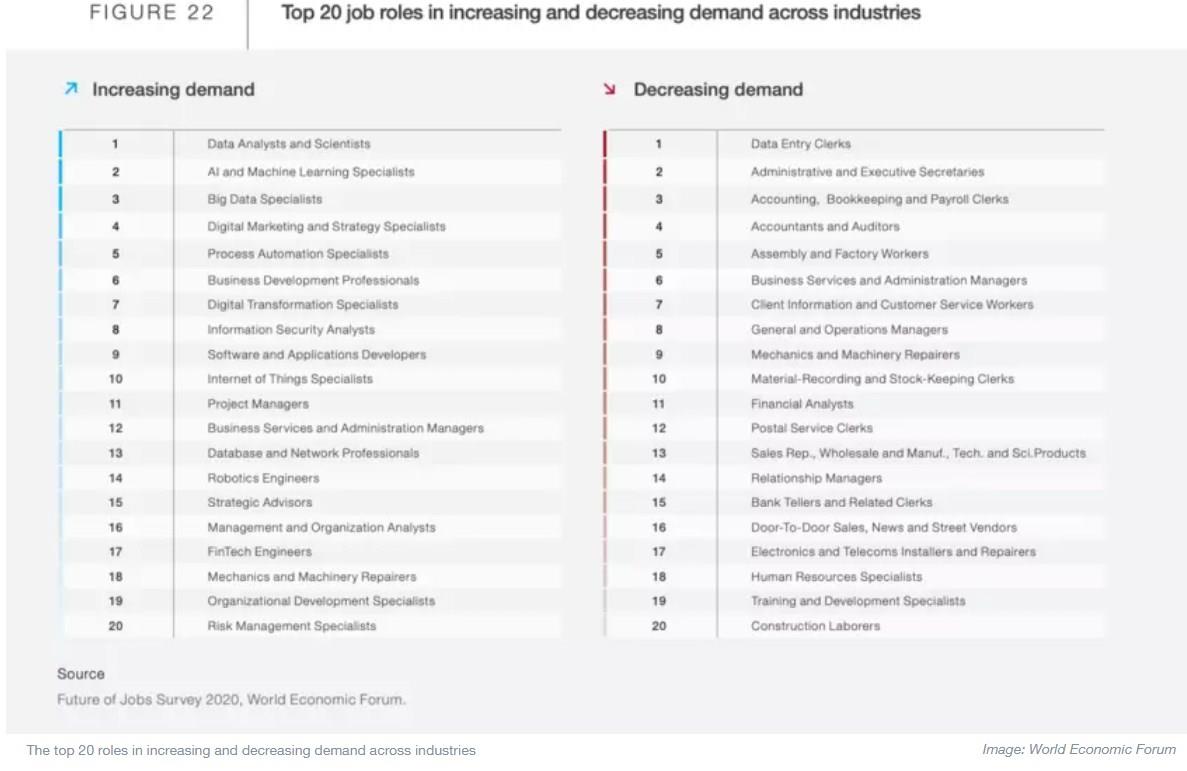 Since the beginning of the year, we’ve seen a rapid increase in jobs posted on LinkedIn by companies looking to hire. While the increase extends to all industries, there has been a notable rise in the number of open roles in the IT, Finance, Recreation and Travel sectors.

At the same time, job-seeking activity has grown more slowly than job posting. There are several potential explanations for this, including the lagged pace of vaccinations, continuing partial school and eldercare closures, and job seekers focused on finding the best job match – not the first match – with potential employers.

We think the current labour bottleneck is likely temporary and will resolve with time. Because the anecdotal shortage spans different groups of talent, we hear demand for advanced digital skills, as well as demand for workers in the service industry, like hospitality.

While it is an open question as to what the post-pandemic jobs market will look like, what’s not in doubt is that the hunt for talent is fierce.

Despite in-work protection systems, unemployment rose in every country during 2020. However, not all workers were equal in such a context. Some categories of workers suffered more, and many will likely require more time to find an appropriate job again during the recovery.

Among those are migrant workers: men and women who were born in one country but work in another one. Take, for example, two of the major advanced economies in the world, the United States and Germany. While unemployment for native workers increased between 2019 and 2020 by 100.8% in the US and 15.9% in Germany, it increased respectively by 182% and 28.7% for foreign-born ones (almost double), according to the ILO. Does it matter? I believe so, because it might exacerbate tensions among groups, especially in advanced economies. Thus, policy-makers must create policies to ensure an inclusive recovery.

Latin America and the Caribbean (LAC) is the region worst affected by the Covid-19 crisis. 2020 saw LAC suffering its biggest drop in GDP (-7%) in a single year on record, with almost 30% of the global Covid-19 crisis despite its population representing only 8% of the world population. Labour markets were severely affected by both external shocks and lockdowns. Almost 15 million jobs were lost, and again women have carried an additional burden.

The asymmetric impact on female employment is manifesting in several countries in LAC. Women have lost more jobs than men and the recovery of their jobs has been considerably slower. Reactivating female employment is fundamental for an agile economic recovery, as laid out in the IDB’s Vision 2025 strategy to reverse the impacts of the pandemic. In this context, countries should focus on three areas: supporting companies and promoting female entrepreneurship; developing new skills; and promoting regulations that allow us to improve the functioning of our labour markets. The goal is to have more productive, resilient and inclusive labour markets that are adapted to the needs of inclusive societies.

While the global economic recovery is underway, the labour market recovery will likely be more protracted and uneven. In the U.S. the labour market paradox is readily seen. Eight million U.S. workers are still sidelined by the pandemic. At the same time, companies in some industries are struggling to find workers.

Innovation is the key to unlocking this labour market paradox introduced by the pandemic. The global economy’s rapid shifts in the past year also triggered structural changes, with both the demand and the supply of labour reorienting towards work that required less social contact. Even service providers like restaurants and retailers were able to innovate and adopt new remote technologies like online ordering, app-based delivery and contactless payment. Over time, the digitization of key business functions can foster a new era of job growth – one less limited by physical proximity and aided and accelerated by an increasingly tech enabled workforce and customer base.