What is the ‘Great Breakup’ and why are so many women leaders quitting?

Unprecedented numbers of women leaders in the US are quitting their jobs, according to a new survey

Women leaders are leaving their jobs in unprecedented numbers.

It’s being called the ‘Great Breakup’. Women leaders in the United States are leaving their jobs in unprecedented numbers.

That’s according to a survey by McKinsey, in partnership with LeanIn.org. The Women in the Workplace 2022 report says that, despite some progress in recent years, women are “dramatically underrepresented” in corporate America. Only one in four C-suite (executive-level) leaders is a woman, and just one in 20 is a woman of colour. 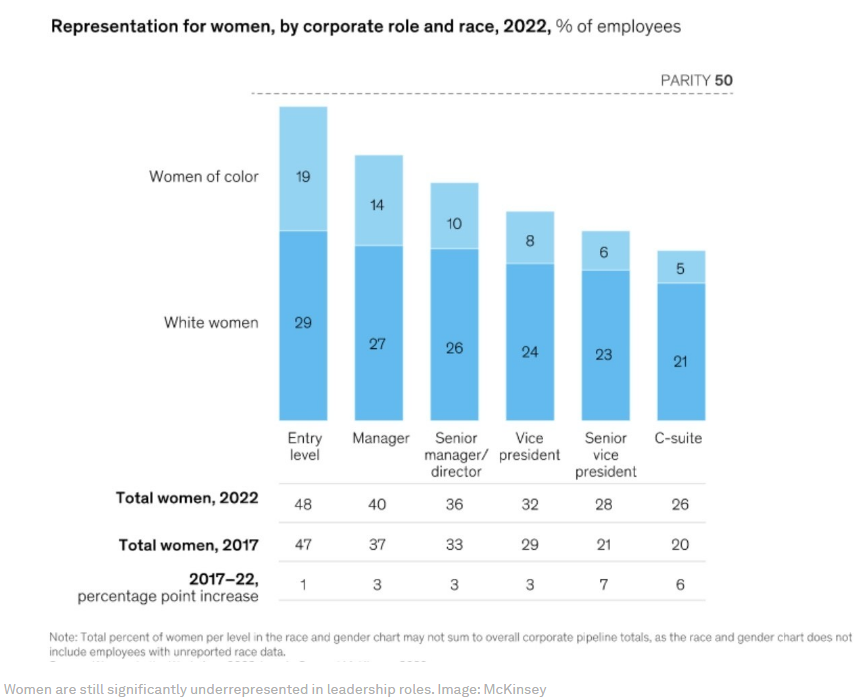 The report says that for the eighth consecutive year, what it calls a ‘broken rung’ in the promotion ladder is holding women back. “For every 100 men who are promoted from entry-level roles to manager positions, only 87 women are promoted, and only 82 women of colour are promoted. As a result, men significantly outnumber women at the manager level, and women can never catch up. There are simply too few women to promote to senior leadership positions.”

Why are women leaders leaving their jobs?

The researchers say that there are three main reasons women are demanding more from work and are increasingly willing to change jobs to get it.

1. Women leaders are ambitious but face more hurdles than men: Female leaders are as ambitious as their male colleagues and want to be promoted. However, they experience “microaggressions that undermine their authority” and make it harder for them to progress. Women are more likely to be viewed as unqualified or mistaken for being more junior.

2. Women leaders are overworked and under-appreciated: Compared to their male peers, female leaders put more effort into staff well-being and Diversity, Equity and Inclusion (DEI). However, the report says this is not formally rewarded by most employers. The report says spending time and energy on work that isn’t appreciated also means that 43% of women leaders are burnt out, compared to 31% of men at their level.

3. Women want a different work culture: Female leaders are significantly more likely than male ones to quit their jobs because they want more flexibility. They are also keener to work for companies that are more committed to well-being and DEI. Because young female workers desire these things even more, the report says “companies that don’t take action may struggle to recruit and retain the next generation of women leaders.” 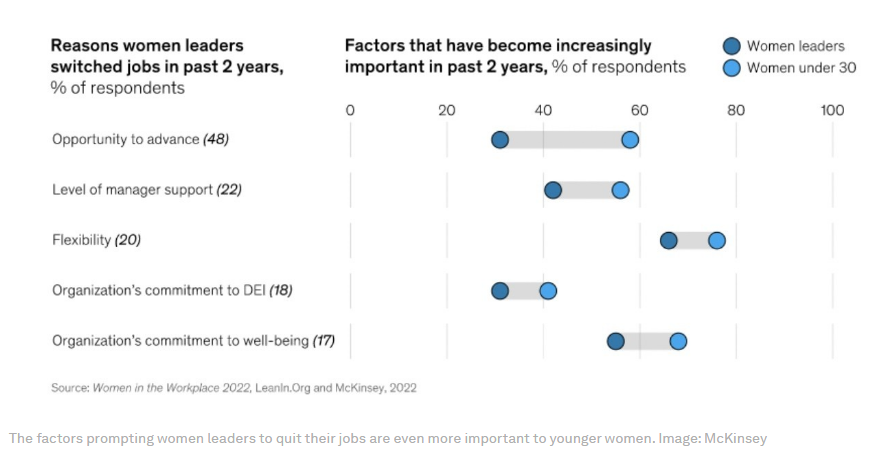 The report says that since the pandemic, a vast majority of employees in the US now want to work for companies that offer remote or hybrid work opportunities - and that this is particularly important to women. Women who get to choose which arrangement they prefer are happier in their jobs, less burned out and “much less likely to want to leave their companies,” it says.

Women who work remotely at least some of the time say they experience higher levels of psychological safety and fewer microaggressions. This last factor is especially apparent for women of colour, women with disabilities and LGBTQ+ women.

The survey found that discrimination is often compounded for women from different races, sexual orientations and those who have disabilities. The report says women of colour are more ambitious despite getting less support, with 41% wanting to be top executives compared to 27% of white women.

Black women and those the report describes as Latinas, are less likely than women of other races and ethnicities to feel that their manager supports their career development. They also say they experience less psychological safety. LGBTQ+ women and women with disabilities also report experiencing more microaggressions.

It will take another 132 years to reach gender equality worldwide, according to the World Economic Forum’s Global Gender Gap Report 2022. It found that out of 146 economies surveyed, only one in five has managed to close the gap by 1% in the past year. For the 13th consecutive year, Iceland is the most gender-equal country in the world. 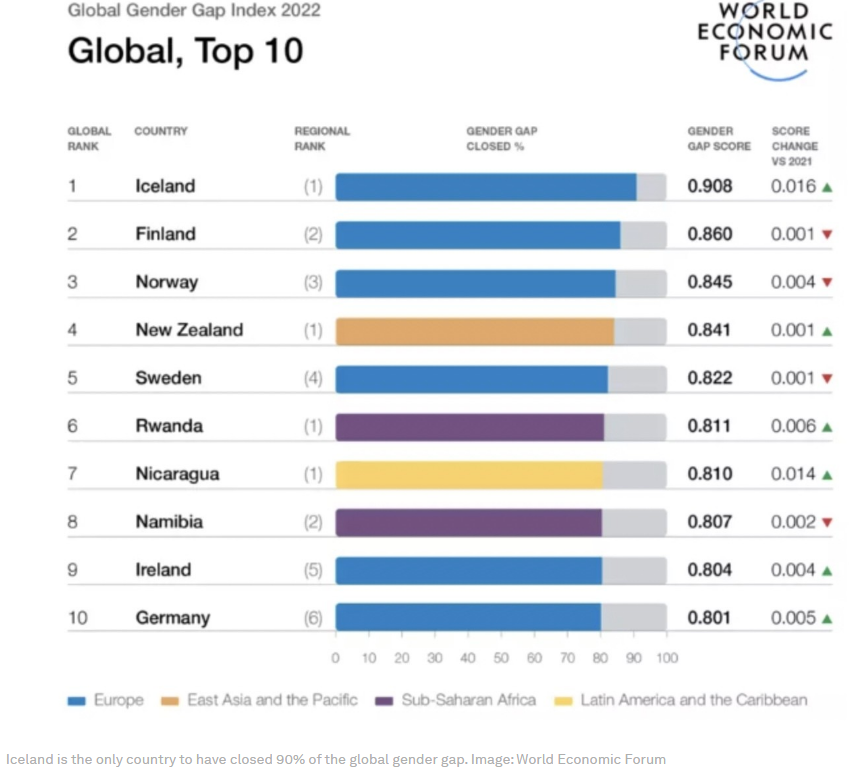 The report found that in 23 leading economies, women have been hired into leadership roles in increasing numbers since 2016, rising from 33.3% to 36.9% in 2022. That said, overall gender parity in the global labour force stands at 62.9%, the lowest level since the index was first compiled 16 years ago.

“The cost of living crisis is impacting women disproportionately after the shock of labour market losses during the pandemic and the continued inadequacy of care infrastructure. In face of a weak recovery, government and business must make two sets of efforts: targeted policies to support women’s return to the workforce and women’s talent development in the industries of the future. Otherwise, we risk eroding the gains of the last decades permanently and losing out on the future economic returns of diversity,” says Saadia Zahidi, Managing Director at the World Economic Forum.