How Africa can secure its long-term economic growth

In recent weeks we have seen investors discarding riskier assets for perceived safe havens, such as government bonds, due to escalating trade tensions between China and the United States, slowing global growth and volatile commodity markets

Supporting growth and integration through the AfCFTA will be one of the key issues up for discussion at the World Economic Forum on Africa because trade is crucial to development.

So, why should Africans care about the global economy? The short answer is if the world economy sneezes, the continent’s current cold could quickly escalate into a severe bout of the flu.

Economic growth is slowing at a time when public debt remains high worldwide while demographic changes and technological advances are reshaping the global economy. As a result, opportunities for a good education, employment and healthcare depend largely on the tax and spending choices governments make as they respond to these evolving challenges.

Data from the African Development Bank (AFD) shows Africa’s GDP growth reached roughly 3.5% last year, about the same as a year earlier, and up 1.4 percentage points from the 2.1% in 2016.

The continent’s growth this year is projected to accelerate to 4% and 4.1% in 2020. While higher than other emerging and developing countries, Africa’s growth remains insufficient to make a dent on unemployment and poverty. These challenges manifest amid an imperative for Africa’s growth to be shared by everyone, particularly by providing our growing populations with good jobs and social protection. 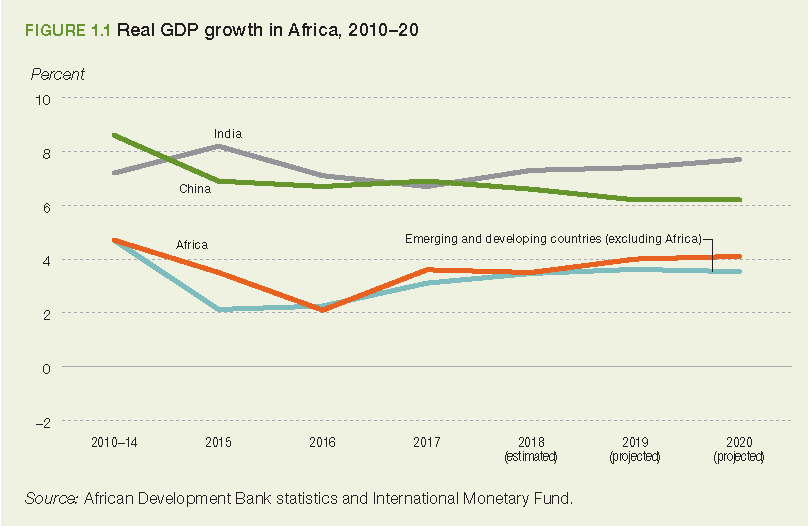 What can be done to address these challenges? Let me underscore three priorities for South Africans, and for the continent as a whole: greater cooperation, policy injection and human capital development.

The need for greater African economic integration is ever urgent. In addition, by carefully calibrating growth-enhancing policies, African countries need to work together to promote peace and stability while addressing trade obstacles, climate change, corruption, cybersecurity and the opportunities and challenges of the Fourth Industrial Revolution.

The African Development Bank rightly points out a borderless Africa would lay the foundation for a viable continental market to accelerate growth and allow Africa to be more competitive in global trade and value chains. It would also allow industries to develop across borders, creating economies of scale for investors as they look at wider integrated markets.

It is quite lamentable Africa currently has the lowest percentage of intra-regional trade in the world at 18%, compared with 70% in Europe, 55% in North America, 45% in Asia and 35% in Latin America. According to the African Export-Import Bank, the current 18% figure could more than double within the first decade after implementing the free trade deal.

Supporting growth and integration through the AfCFTA will be one of the key issues up for discussion at the World Economic Forum on Africa because trade is crucial to development.

There is little doubt our policy responses ought to consider the current headwinds pulsing through the global economy. For example, we cannot at this stage disproportionately focus our resources on the manufacturing sector, which is currently in a slump amid frail global demand, dented by protectionism. While the sector may recover in the future, our policy fix has to ensure we also include other sectors including agriculture, services and mining.

Africa’s debt is rising. The AFD’s 2019 Africa Economic Outlook shows Africa’s gross government debt-to-GDP ratio reached 53% in 2017. And out of 52 countries, 16 (including Algeria, Botswana, Burkina Faso, and Mali) have a debt-to-GDP ratio below 40% while six (Cabo Verde, Congo, Egypt, Eritrea, Mozambique, Sudan) have debt ratios above 100%.

When FDI inflows have shrunk from the 2008 peak of $58.1 billion to a 10-year low of $41.8 billion in 2017, promoting investment on our shores requires concerted effort to enhance the ease of doing business in Africa. Despite some reticence among policymakers, the private sector clearly has a key role to play. For example, in South Africa, the private sector accounts for 70% of economic activity. The notion that an increased state role in the economy leads to widespread prosperity is a few miles from the truth.

Africa’s working-age population is projected to increase from 705 million in 2018 to almost 1 billion by 2030. As millions of young people join the labour market, the pressure to provide quality jobs will escalate. Africa’s labour market is dominated by the informal sector, which is a default option for a large majority of the unemployed youth and women. 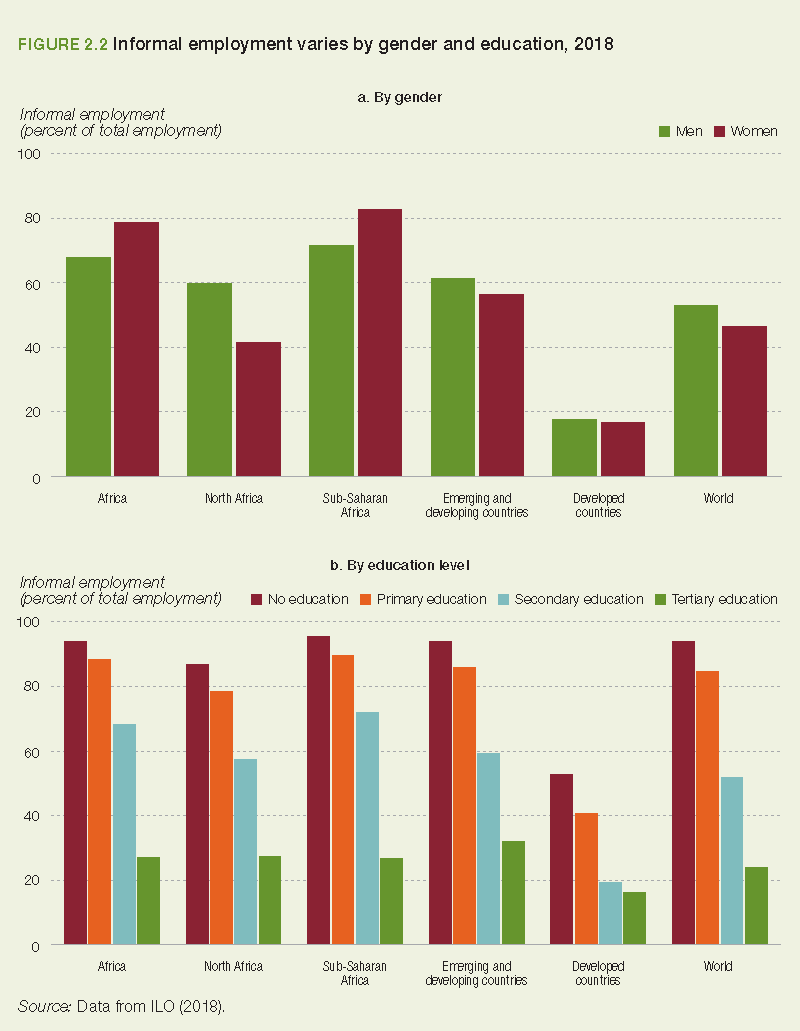 A healthy and educated working age population is the cornerstone of sustained and inclusive economic success. It lifts living standards and the dignity of people.

I tend to concur with the conclusion reached by the World Bank that adequate health levels, in tandem with quality education for children, is a great indicator of an economy’s future progress.

However, higher spending in education does not necessarily translate to better outcomes. Senegal, for example, has high levels of learning for its level of income and spending, while South Africa’s learning outcome is poor despite higher spending on education. Clearly, our deliberations in Cape Town should generate options for ensuring the best learning outcomes across the continent.

Putting emphasis on initiatives that foster lifelong learning and continuous upgrading of skills are also important for the continent to be a meaningful economic partner in the 4IR. For example, Singapore offers training grants to all adults throughout their working lives, and the Netherlands offers tax deductions for employee training.

Given weak global growth prospects and significant downside risks, our economic policies will need to strike a balance between supporting growth and creating the fiscal space to respond to emergent economic challenges. This means executing on fiscal consolidation now, particularly in highly indebted countries.

The policy package we prescribe should balance growth, equity and sustainability concerns, including protecting society’s most vulnerable, particularly youth and women, who tend to be left behind during economic transformations.

Tackling corruption decisively would also help raise additional resources and redirect them to growth-friendly areas, while restoring the integrity of institutions. This would in turn spread economic benefits more widely within and across countries.

This is a time to act boldly and swiftly to ensure we don’t confine Africa’s youth to the margins of global economic activity.