6 innovative technologies about to transform our infrastructure

Stewing in a traffic jam, huffing over a late train or waiting out a delayed flight at an overburdened airport, one can be forgiven for feeling frustrated by creaking infrastructure

Exciting new ideas are being generated around the world and have the potential to change the field.

When New Yorkers finally welcomed the opening of the Second Avenue Subway in 2017, they had been waiting nearly 100 years from the project’s conception to completion of its first phase. Beleaguered Berliners are still waiting on Brandenburg airport – scheduled to open in 2011 – to start accepting passengers. Over-budget and over-deadline projects too often seem the norm, all while innovation is flourishing in the rest of the economy.

However, appearances can be deceptive; innovation is actually thriving at all stages of infrastructure development. Exciting new ideas are being generated around the world and have the potential to change the field.

1. BIM: design that keeps tabs
Observing a construction site from afar, one can be forgiven for thinking not much has changed. Yet, a closer look will reveal advances that are changing the way infrastructure projects are designed. Building Information Modeling (BIM) software programs grant the ability to digitally design a construction project that moves beyond two-dimensional technical drawings and Computer Aided Design. BIM allows professionals at all stages, from the architects to the engineers to the building managers, to collaborate on a construction project.

It not only enables three-dimensional computer-generated design, but can also provide insights into functional considerations like time and cost, and even environmental impact. Will floor-to-ceiling windows increase the energy bill? The architect wants to add a new wall: How does this affect the engineering requirements? BIM can answer all these in real time and give access to all necessary parties on multiple platforms. This, among other things, optimises design, decreases errors and gives greater cost predictability, which help to deliver projects that are on time and on budget. 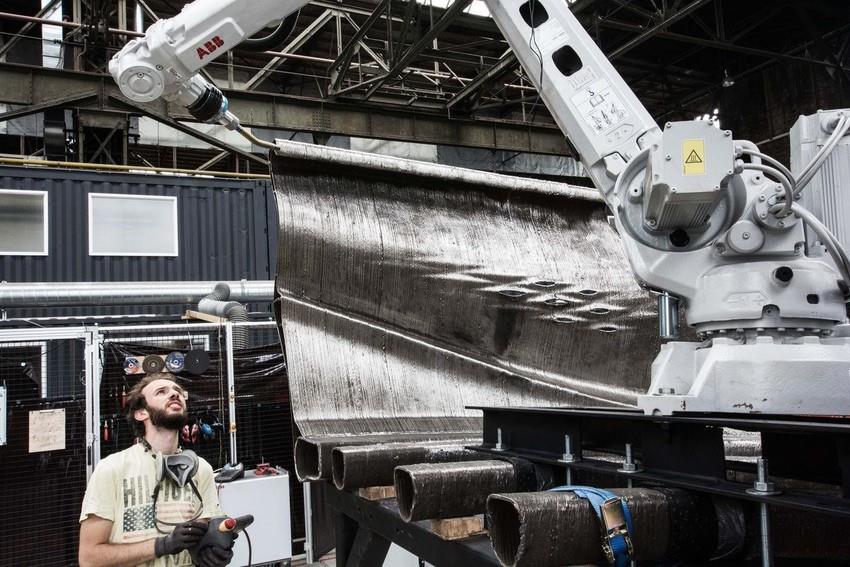 2. 3D printing: taking the strain of construction
While on-screen advancements like BIM are increasing collaboration to improve infrastructure design, on-site technological advances are changing the way infrastructure is physically constructed. 3D printing is poised to totally disrupt the construction site. MX3D, a Dutch 3D printing company, attempted to design and built the world’s first 3D printed steel bridge – all in mid-air. The project involved constructing a special six-axis robot that could create weight-bearing structures beneath it, which it could slide forward upon to continue the project as the building material set. The 12.5-metre span is due to be installed over a canal in central Amsterdam this year after safety testing and will include sensors to gather insights on how the bridge reacts over time. The technology holds the potential to increase the efficiency of infrastructure mega-projects, while reducing the cost and safety concerns of operating in sprawling, chaotic construction sites. 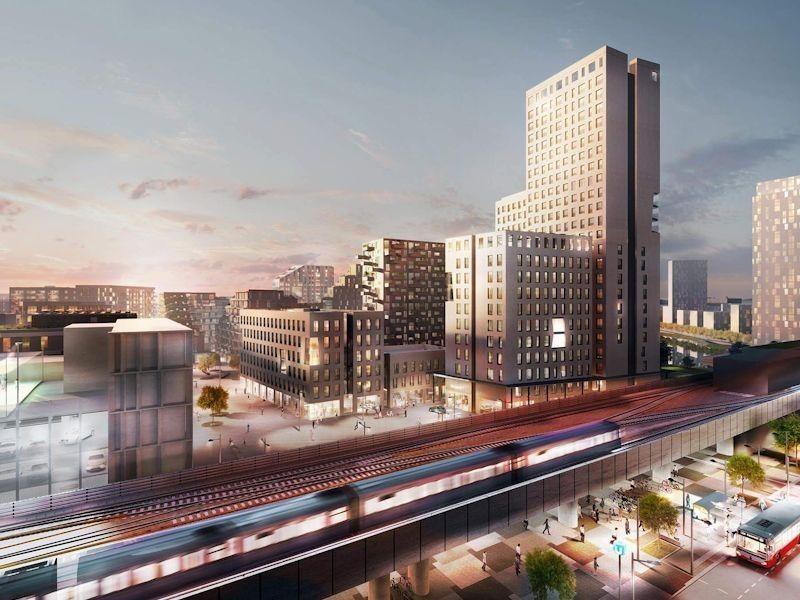 3. Mass Timber: the era of wooden skyscrapers
The brave new world of infrastructure development isn’t confined to new designing and building technologies – new materials are also leading the field. The centuries-long reign of concrete as a primary building material may be coming to an end, as the use of various Mass Timber alternatives continues to become more mainstream. Mass Timber is increasingly replacing other building materials like cement and steel, and new products like CLT (cross-laminated timber, formed by stacking and gluing perpendicular layers of wood) and Glulam (glue-laminated timber, formed by stacking and gluing layers of wood directly on top of each other) are allowing for even higher and stronger wood buildings.

Vienna’s HoHo tower is set to be 24 storeys and 84 metres tall, and Norway’s recently completed 85.4 metre, 18-storey Mjosa Tower is now the tallest timber tower in the world. The Fort McMurray International Airport Terminal in Canada was the largest cross-laminated timber building in North America at the time it was built in 2012. Using CLT in the terminal’s construction to cut building time was ideal given Fort McMurray’s small labour force, its remote location in Canada’s northern Alberta province and its harsh seasonal weather conditions. 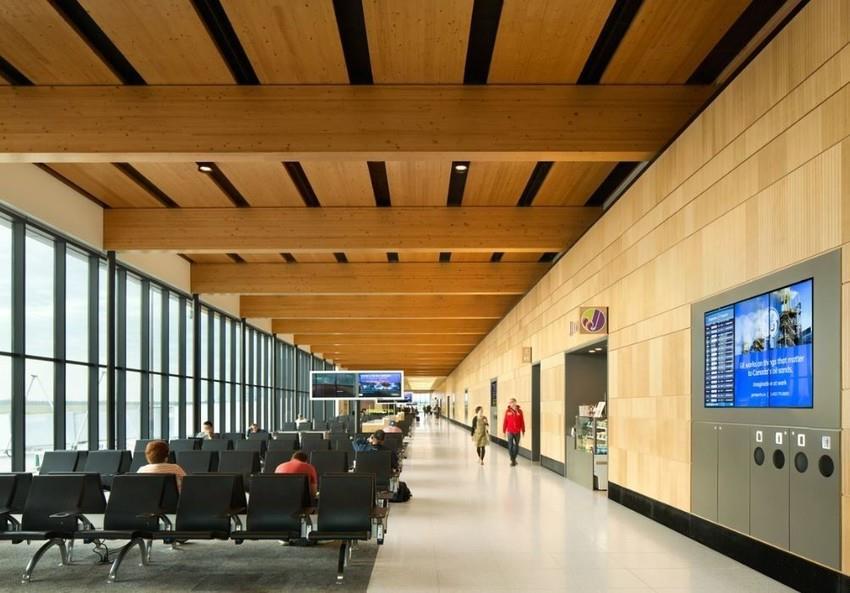 Using Mass Timber can reduce construction time up to 25% and use up to one-third the energy production of steel and one-fifth of concrete in addition to using significantly less carbon-intensive production methods. The airport terminals and train stations of tomorrow could be built faster and cleaner using Mass Timber, as builders tackle taller and larger projects with materials like CLT and Glulam.

4. Plastic roads: recycling under our wheels
This disruption of traditional building materials continues with efforts to replace asphalt as a primary material in road construction with plastic. Dutch engineering firm KWS has developed a lightweight, prefabricated, modular road made with recycled plastic waste. Advantages over asphalt include a quicker installation time, triple the service life and introducing an effective way to recycle the plastic that ends up in our oceans and landfills. The road is hollow to allow room for utility pipe placement and rainwater drainage. It is also covered in a special coating to prevent the release of microplastics, which often end up our food supply. Though the pilot project has been a 30-metre bike path made from the equivalent of 218,000 plastic cups in the Dutch city of Zwolle, sensors imbedded in the road are helping the team capture insights that can be used to develop plastic roads, plastic highways – perhaps even plastic airport runways. Plastic roads not only have the potential to take plastic waste out of the environment, but to introduce savings through faster installation and less disruptive maintenance. 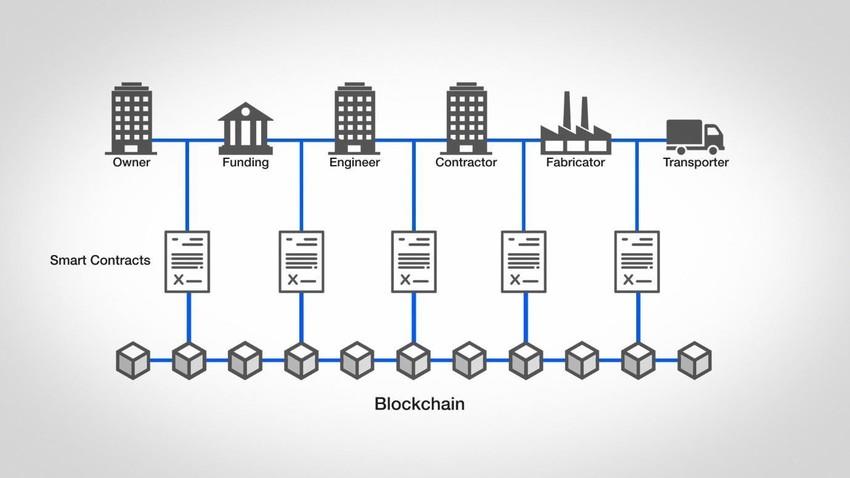 5. Blockchain: streamlining contracts
Improved design technologies and new building materials are positive steps, but a transformation-ripe area of infrastructure development lies long before the first blueprints are drawn. Moribund contracting and procurement processes dramatically slow down projects before they even begin. Blockchain is one such technology that can eliminate the many layers of contracts and middlemen that sit between the conception and delivery of an infrastructure project. Blockchain’s potential to undergird smart contracts can be used to pay for important aspects of an infrastructure asset (for example, a subway car or important parts of an ventilation system) by releasing direct payments over time to the supplier, the shipping company or the installer without a web of separate contracts and intermediate parties.

Additionally, it provides full traceability. Its identity certification applications could reduce issues around finding workers or firms with the right construction certification or security clearances. Indeed, leveraging Blockchain’s use of digital IDs could lead to automation of contract and sub-contract administration making for more direct agreements and less confusion. Using blockchain throughout the project life cycle, particularly in conjunction with BIM, could significantly cut down on time, cost and fraud.

6. Replica: making passengers count
In addition to having a plan for procurement, designers need to understand the best way to plan for a new system. For mass transportation infrastructure projects, this means knowing where the people are and where they need to go. Misunderstanding passenger demand can lead to costly missteps like Montreal’s abandoned Mirabel airport, once projected to be among the busiest in the world, or the Jacksonville Skyway operating at 10% of projected daily ridership (though the city has interesting plans to revitalise the system).

When planning new rapid transit routes, urban planners often rely on inefficient household surveys, limiting trip counters or data quality-plagued modeling software. Sidewalk Labs endeavours to solve this problem with Replica, a software that can use real-time location data to plan mass transportation systems. The program de-identifies mobile location data from smartphones and apps, combines it with aggregate demographic information, and gives planning agencies information on how, when and why people travel in urban areas. Replica can help planners decide where to build a new subway line or widen a street, or when to plan repairs on utility lines when they are the least disruptive. It is a tool that could improve the speed and efficacy with which infrastructure is planned and maintained, avoiding the potential for bridges to nowhere.

Clearly, there are many exciting things going on in a field that can appear staid to the uninitiated. The technological transformation sweeping the rest of society is indeed primed to revolutionise infrastructure. However, decision-makers, for a variety of reasons, are still hesitant to create the kind of enabling environment necessary for widespread embrace of these emerging technologies.

Several organizations aim to address this by helping the public and private sectors better understand effective methods for technologically transforming infrastructure. This includes the World Economic Forum’s Global Future Council on Infrastructure, currently designing a casebook of real-world best -practice examples to equip decision-makers with knowledge to develop a new generation of infrastructure. The technological advances rising for infrastructure have the potential to change the way we live, work and play in an increasingly interconnected world. If we can create the environment where the Fourth Industrial Revolution spurs the infrastructure technology revolution, the prosperous, dynamic and inclusive societies the world needs are only a short ride away.