The Internet of Things (IoT) can allow companies to maximize business value – sensors, software and other technologies in physical assets can connect and exchange data with other devices and systems over the internet

The smartphone and 4G have already transformed the way we communicate, consume and live; with 5G, we are entering the next generation of mobile communication.

-The Internet of Things (IoT) can allow companies to maximize business value – sensors, software and other technologies in physical assets can connect and exchange data with other devices and systems over the internet.
-This will drive innovation and greater efficiencies in all areas of business, from design to manufacturing.
-Smarter, 5G and IoT-connected businesses will also help fight climate change by reducing their carbon emissions.

If you are a tennis player who also loves design, like me, you’ve probably already heard about the internet-connected tennis racket that uses sensors within the racket to determine your swing and why you keep hitting the ball off the court. Maybe you’ve heard about the Commuter x Jacquard, a jacket that connects to your smartphone via Bluetooth – the result of a collaboration between Google and Levi’s. With a haptic buzz on your cuff, you are reminded about the phone you left behind; by swiping your sleeve, you can skip a song; while a tap on the shoulder strap takes a picture.

The above exemplifies how companies can adopt the Internet of Things (IoT) to maximize business value – by embedding sensors, software and other technologies into their physical assets to connect and exchange data with other devices and systems over the internet.

How this rapidly advancing technology is deployed to reduce food waste by supply chain optimization is another cool example of its potential. According to a UN report, as much as 30% of the world’s food is lost or wasted between farm and fork, equivalent to around $750 billion. The Danish company Globe Tracker, which specializes in monitoring refrigerated shipping containers, offers a solution to remotely monitor and control power loss and equipment failures as containers travel the world. By transmitting real-time tracking data from refrigerated containers and its sensors, near real-time data is shared with their customers, throughout the supply chain, from end to end. This prevents load loss and spoilage and some of the 1,3 billion tonnes of food wasted around the world every year are, instead, saved.

The smartphone and 4G have already transformed the way we communicate, consume and live; with 5G, we are entering the next generation of mobile communication. Coupled with an array of other new technological solutions like IoT, edge computing, artificial intelligence (AI) and machine learning, 5G is powering the Fourth Industrial Revolution in the same way that steam, electricity and silicon powered the previous three. Outfitted with superpowers such as capacity, speed and lightning-fast response time, 5G provides a solid foundation for this transformation. With faster and more reliable connectivity, industries can digitally transform their businesses and manufacture their products in much smarter ways. 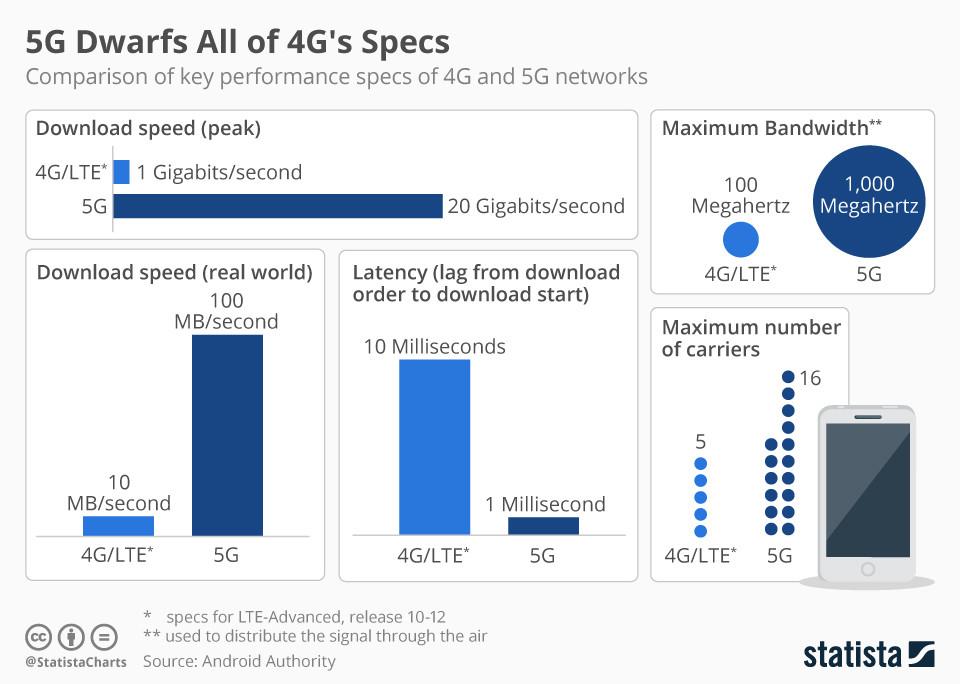 By being a software-defined network, 5G will replace the need for cables by operating on the cloud instead. It will have a hundred times better capacity than 4G and will dramatically improve internet speed. Response times will also be much faster with 5G. The 4G network responds to our commands in just under 50 milliseconds; with 5G it will take around one millisecond – 400 times faster than the blink of the eye. For a world that is increasingly dependent on the internet to function, a reduction in time delay is critical.

It is crucial, for example, to developing safer, more intelligent vehicles. Road traffic crashes claim more than 1,35 million lives each year and cause up to 50 million injuries globally. With 5G we can reduce collisions and injuries on the road which is of great socio-economic importance. By connecting the intelligence between different moving objects and moving with their speed, accidents can be prevented. We’ve already seen some early benefits through the rise of Advanced Driver Assistance Systems (ADAS), such as forward collision warning systems and adaptive cruise control. These benefits will grow exponentially when vehicles are connected to share information with other cars and with everything around them.

By the end of 2025, we expect 5G to have 2,6 billion subscriptions covering up to 65% of the world’s population. Meanwhile, the number of cellular IoT connections (physical things connected to the internet) is expected to reach 5 billion worldwide, up from 1,3 billion today. According to McKinsey, if policy-makers and businesses get it right, the economic value to be generated by IoT globally could generate between $3.9 trillion to $11.1 trillion a year by 2025. Like many other huge shifts in economy and technology, this is a great opportunity to adopt new technologies and move your business forward. 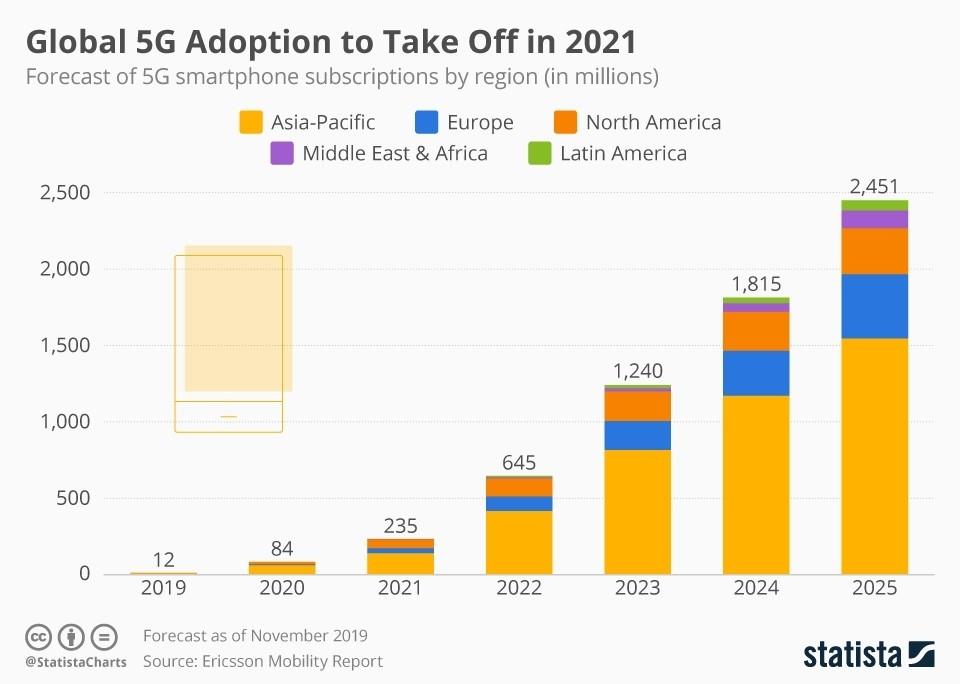 Globalization and hyper-competition, personalization and customization are some of the main drivers for digitalization, along with technology maturity. There is a noticeable momentum in the market and that means opportunities for enterprises, but also raises concerns. One is the need for increased flexibility; another is security. As you manage more and more data, which is sensitive to your production, security is extremely important. On top of that, enterprises are facing increasing pressure to improve work safety and to reduce carbon output. This happens simultaneously with the need for increased productivity.

In short, enterprises and industries must do more and better with less. Embracing the technologies and ideas of the Fourth Industrial Revolution, which provide access to data and insights to optimize your business, will be crucial to stay alive long term. In fact, there is a considerable cost associated with passively waiting on the sidelines. A multinational manufacturer that fails to upgrade will see inefficiencies and downtime affect production. This can result in losses worth hundreds of millions of dollars, in addition to the risk of falling behind the competition.

The biggest question of our time, however, is climate change and sustainability efforts have become a business priority. Nowadays, a winning business is, to a large extent, defined by its capabilities to minimize its carbon footprint. Again, technology innovations play an important role: adopting a smarter, more connected business model often brings energy efficiency as a side effect. Digital technologies such as 5G and IoT are predicted to reduce global emissions by up to 15% by 2030 which will be critical in combatting climate change.

How do we make the most of the next wave of technologies? I’ll quote my boss Borje Ekholm, let’s start to think about what impact your business can have on the rest of the world. That is a truly spectacular thought and a mindset that should inspire us to make the right decisions, which in turn will generate a better and more sustainable business, efficient in every aspect.

Where AI Can Help Your Business (and Where It Can’t)

Your firm produces data, so surely it can benefit from applying AI, right? Wrong. Here are five questions to ask yourself about whether a business problem is “AI-solvable”