How coronavirus has hit employment in G7 economies

Since the pandemic hit, claims for unemployment benefits have soared in some countries – notably the US – and by far less in others, for example, Japan

The global outlook is not positive –– the UN’s International Labour Organization predicts 1.6 billion informal economy workers could suffer “massive damage” to their livelihoods. In the second quarter of 2020, COVID-19 may cost the equivalent of 305 million full-time jobs.

-Hundreds of millions of people could be left without work due to the impact of COVID-19, the UN’s work agency warns.
-Current G7 jobless totals vary widely, from 30 million in the United States to 1.76 million in Japan.
-Several European governments have softened rise in unemployment with generous wages subsidies.

Since the pandemic hit, claims for unemployment benefits have soared in some countries – notably the US – and by far less in others, for example, Japan.

The global outlook is not positive –– the UN’s International Labour Organization predicts 1.6 billion informal economy workers could suffer “massive damage” to their livelihoods. In the second quarter of 2020, COVID-19 may cost the equivalent of 305 million full-time jobs.

The advanced economies of the G7 provide snapshots of evolving unemployment trends in the developed world. 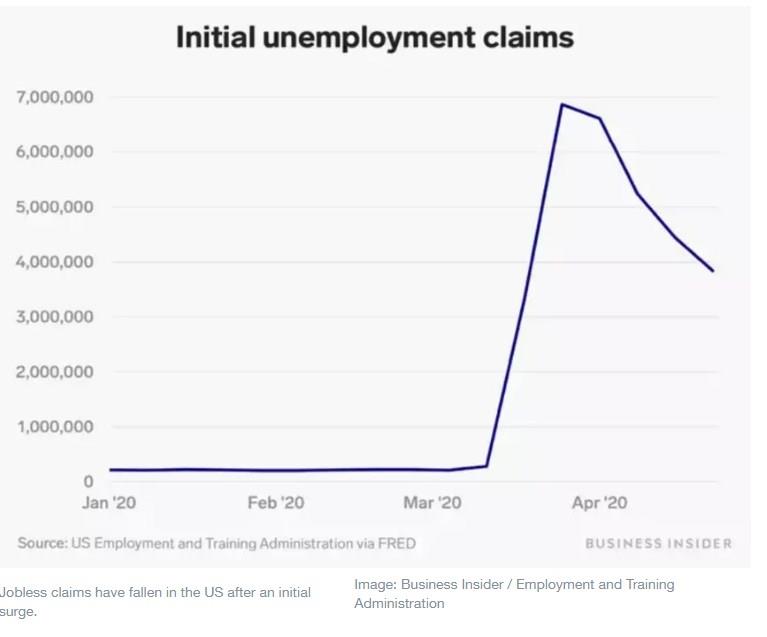 In the week to 25 April, 3.8 million Americans made an unemployment claim – giving a six-week total of around 30 million. It was, however, the fourth consecutive week of falls in numbers of new claims.

Payroll processor ADP says the US private sector shed more than 20 million jobs in April. The big question is how long those jobs will take to come back.

The US Congressional Budget Office predicts 15% of people could be unemployed by the third quarter of this year – up from less than 4% in the first quarter.

The unemployment rate in Canada in April was 13%, up 5.2 percentage points on March, according to data from the country’s official statistics bureau.

So far in the COVID-19 crisis, more than 7.2 million people have applied for emergency unemployment assistance. 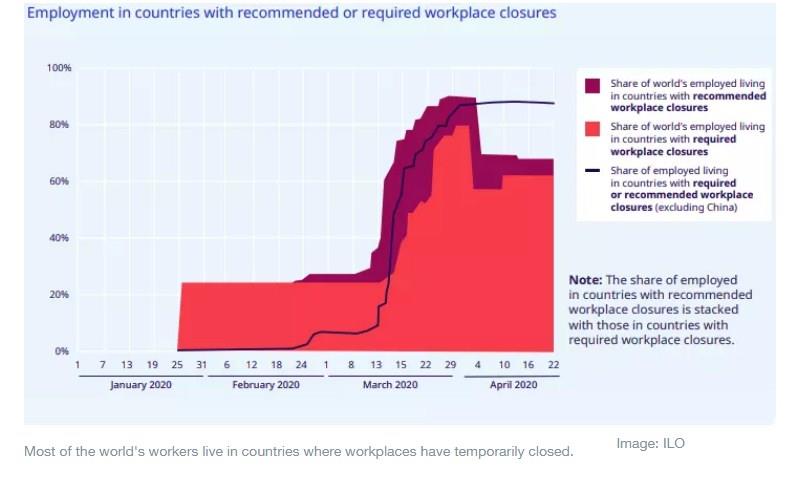 Japan’s unemployment rate is rising more slowly than in other G7 economies like the US.

However, job openings are at their lowest level in three years, and there has been a sharp increase in numbers of people requesting emergency loans to cover job losses and wage cuts.

There is more of a time lag on the UK’s official unemployment data than some other nations. Its main statistics office shows employment at a record high and unemployment at around 4%. However, KPMG forecasts this will rise to just under 9% during the lockdown period. 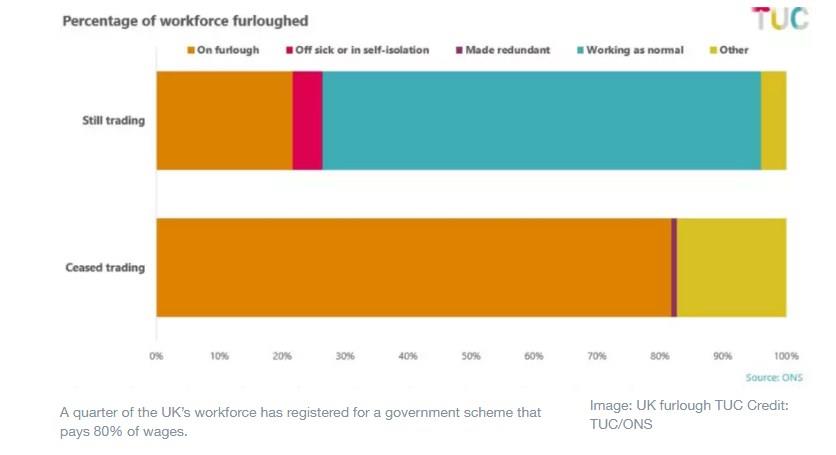 Almost 2 million people have applied for the main benefit – Universal Credit – since the country’s lockdown began. A quarter of the UK’s employed workforce have registered for the government’s job retention scheme, which pays 80% of an employee’s wages.

Predictions of job losses are gloomy, particularly in the aviation sector, following the announcement of significant redundancies by carriers including British Airways.

More than 10 million workers in France’s private sector are being supported by the state, through a scheme called chomage partiel (partial employment or short-time working).

This figure represents a large proportion of France’s workforce.

“That’s more than one employee out of two, and six companies out of 10,” French Labour Minister Muriel Penicaud Penicaud told the country’s BFM Business radio. 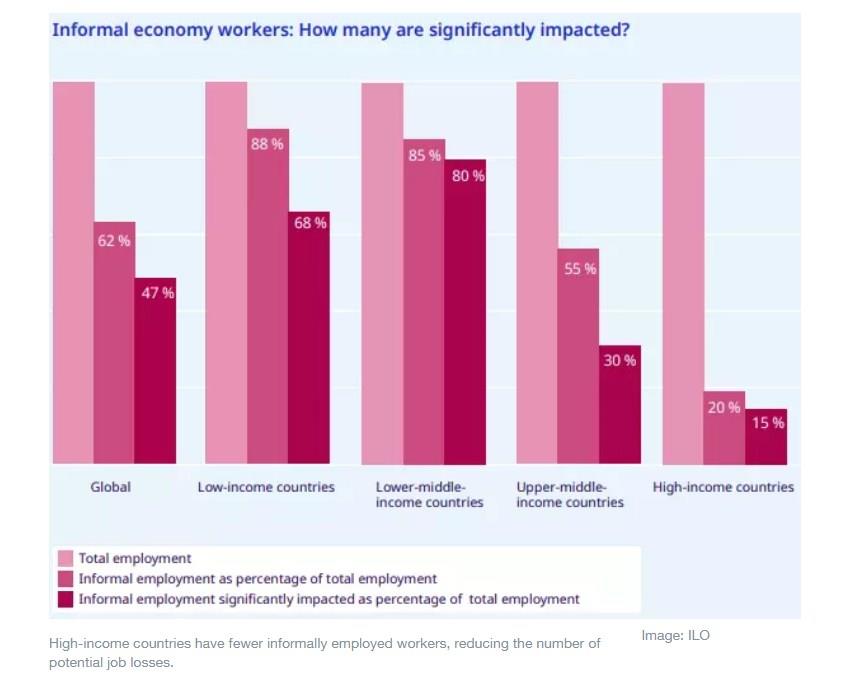 Germany’s unemployment rate has risen far less rapidly than countries such as the US.

In part, this is because of a government scheme to subsidise the wages of struggling employers and employees called the Kurzarbeit, or short-time work programme. By late April, it was helping more than 10 million people

However, unemployment is still up, rising in April by 373,000, bringing the proportion of jobless to 5.8%.

In March, the unemployment rate in Italy dropped to 8.4% – its lowest level for almost nine years.

The government attributed this to 267,000 fewer people looking for work than in the month before, as the unemployment rate measures active job-seekers.

“Nobody must lose their job because of the coronavirus,” Italian Economy Minister Roberto Gualtieri said. The government has pledged around €75 billion euros of support for families and companies.