5 reasons why the role of WTO Director-General matters

The Director-General of the World Trade Organization (WTO), Roberto Azevedo, announced on 14 May that he would step down a year earlier than planned

The WTO and its rulebook play a vital role in the global economy, but the organisation is under threat. The problems confronting the WTO – US-China trade tensions, the unilateral raising of trade barriers, the fact that the WTO’s Appellate Body can no longer function – were formidable even before COVID-19.

-World Trade Organization (WTO) Director-General Roberto Azevedo announced on 14 May that he would step down from the position.
-The position has an important role in advancing global trade and cooperation, despite holding little formal power.
-With the organisation under threat, the new Director-General will have the chance to make a big difference.

The Director-General of the World Trade Organization (WTO), Roberto Azevedo, announced on 14 May that he would step down a year earlier than planned. Governments are already using this as an opportunity to push their own agenda for the global trading system, mobilising behind their preferred candidates for his successor or perhaps plotting to stall the process altogether.

Yet, the position of the Director-General holds almost no formal power. He or she cannot single-handedly reform the organisation, force governments to take any specific action or even dictate the agenda.

So why does the Director-General matter? Here are five reasons why the position – and who holds it – are important, especially right now.

1. The Director-General is the only person who can speak up for the WTO with no vested interests beyond that of the organisation itself.

This is particularly important now. The WTO and its rulebook play a vital role in the global economy, but the organisation is under threat. The problems confronting the WTO – US-China trade tensions, the unilateral raising of trade barriers, the fact that the WTO’s Appellate Body can no longer function – were formidable even before COVID-19. Now, the pandemic has further frayed international relations and brought a proliferation of new export restrictions, demands to “reshore” supply chains, forecasts that global trade could shrink as much as 32% this year and led to the postponement of the WTO’s biennial ministerial conference, which could have been a venue to attempt to address some of these issues. In such dire times, the Director-General’s role in championing the system around the world, at G7 and G20 meetings, in the media and with the private sector is essential. 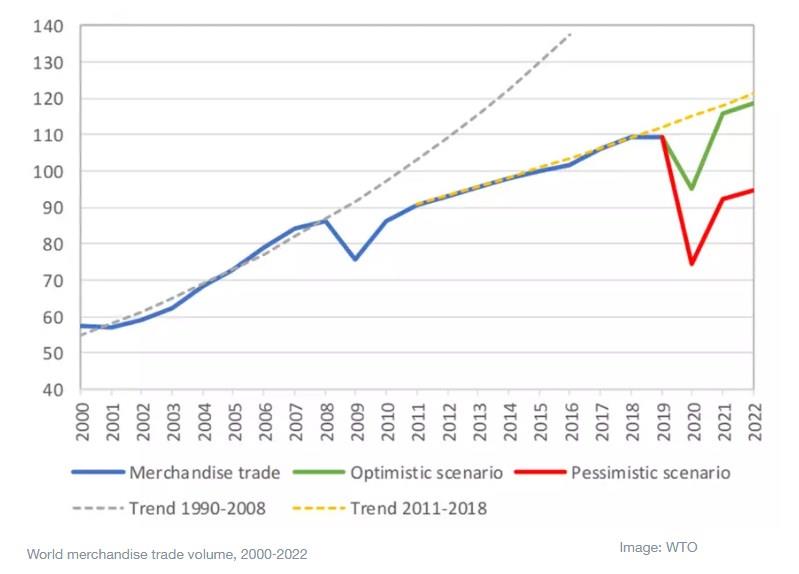 2. The Director-General wields a great deal of soft power.

3. The Director-General can be the difference between success and failure in a negotiation.

The first multilateral agreement in the history of this “member-led” organisation came at the hands of the Director-General: the Trade Facilitation Agreement, which was finalised during the Bali ministerial conference in 2013. When ministers arrived at the conference, trade facilitation negotiations had been underway for about 10 years and the draft agreement was in its 17th iteration. As talks continued, the ministers could not bridge the gaps necessary to finalise the deal. With time running out, they asked Director-General Azevedo to put forward a proposal that, with his knowledge of parties’ red lines, he thought had the greatest chance of being accepted by everyone. He presented his compromise text – and, to great acclaim, the deal was done.

4. The Director-General can make discussions more inclusive and democratic.

A long-running criticism of the WTO was that decisions are often taken by a handful of powerful countries, then presented to the other members as a fait accompli. These small gatherings are known within the WTO as “Green Room meetings”, named for the Director-General’s private meeting room. The Director-General cannot remove power politics from global trade, but he or she can change how debates and negotiations are structured, starting with eliminating such old-fashioned practices. Significant progress has been made on this front. As the new great power rivalry grows, the next Director-General will need to work hard to ensure the voices of other players continue to be heard, while keeping discussions productive.

5. The WTO is entering a new era and the Director-General has an opportunity to help shape it.

There is broad consensus that the WTO needs reform, but no consensus on what reform should look like. The Director-General can attempt to advance this debate, demanding leaders’ attention, brokering deals, galvanising efforts towards finding potential ways forward and offering a positive narrative for the organisation’s future role. However, progress may be hard to come by. Even an optimist would accept that major reforms seem unlikely in the current political context.

Despite this challenge, the Director-General can make a difference by working with members to deliver incremental change. Large groups of members have already been pursuing innovative work on topics including e-commerce, investment facilitation and SMEs. Many will see the further development of this work as a test of the organisation’s viability. By supporting these efforts, the Director-General can help to deliver some quick wins while also laying the groundwork for a more fundamental transformation of how business is done at the WTO.

An effective Director-General must combine technical knowledge with creativity and political judgement. They must have boundless energy and near infinite patience. They must be seen as a fair and honest broker, trusted by 164 governments and leaders without favouring any particular one. Finally, they must have ambition and vision complemented by the humility to know the limits of their influence.

If the job is tough in normal times, at present, it’s near impossible. Nonetheless, the new Director-General will have that rare thing: the opportunity to make a big difference.