The battle for the planet: Who are the players?

It is necessary to analyse why the destructive forces have the upper hand - what are their resources? – in order to strategise better for the protection and sustainable management of the world ecology.

The world has become an ecological battlefield where large segments of mankind are fighting Mother Nature and her allies.

The former are using chainsaws, bulldozers, asphalt machines, excavators, drill platforms, snares, nets, guns and many other weapons to transform forests into cattle pastures, soybean fields, plantations, to penetrate and open the earth crust for minerals, oil, gas, coal, uranium, lithium and the other so-called rare earths and to cull, catch and poach wild life and fish.

The concentration of greenhouse gases in the atmosphere warms the world, causes droughts and floods, leads to irreversible sea level rise, and increases the intensity of extreme weather events. This is the climate crisis, which, if unchecked, will make the planet uninhabitable for humanity and many other species of the community of life. 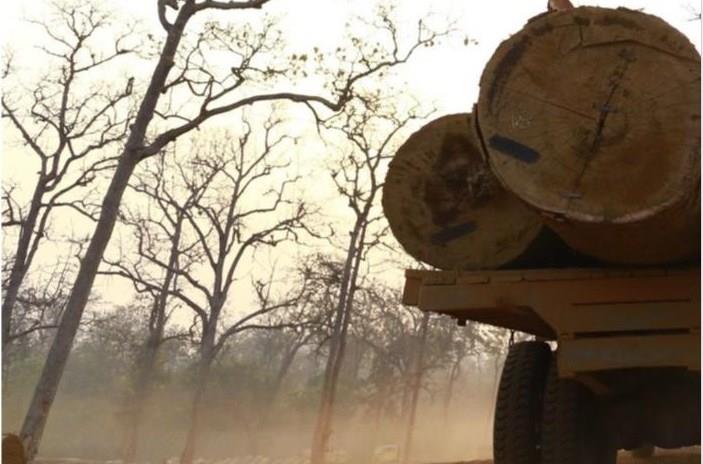 This is one of the ways in which Mother Nature hits back, which she also does by releasing viruses from places where she should have been left alone, causing the pandemics which now dominate the attention of the global community.

Her allies support her with scientific insights on how the natural world works - mapping and forecasting the actual state of the atmosphere, the oceans and the freshwater bodies (hydrosphere), the soils (lithosphere) and the diversity of life (biosphere). They also design legal arrangements to structure the response of the human society to the challenges to Mother Nature; they actively participate in diplomatic efforts to implement these arrangements in practice, also involving the enlightened military in this.

In addition, they promote technological and financial innovation to steer production and consumption patterns towards harmony with nature and they are active in approaching schools and the larger public through the traditional and social media to raise consciousness about the planetary predicament and what can be done about it in daily routines.

Vital ecosystems as the Amazon and the rain forests in Indonesia, Malaysia and New Guinea are being destroyed at a higher tempo than ever before.

It is clear, however, that at this moment, the start of the 2020s, the allies of Mother Nature are losing the battle. Vital ecosystems as the Amazon and the rainforests in Indonesia, Malaysia and New Guinea are being destroyed at a higher tempo than ever before and, were it not due to the Covid-19 pandemic, greenhouse gas emissions would have been the highest to-date.

Why the destructive forces have the upper hand?

It is necessary to analyse why the destructive forces have the upper hand - what are their resources? – in order to strategise better for the protection and sustainable management of the world ecology. 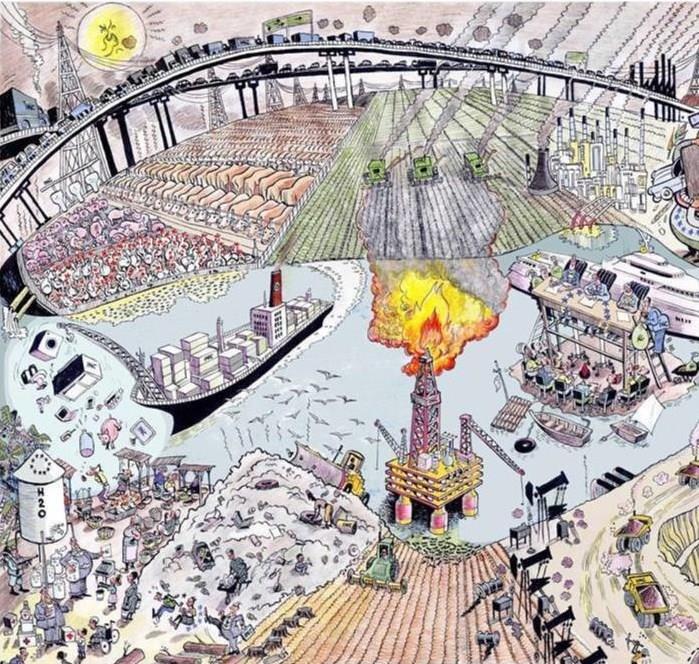 One is the often religious inspired ideology of man being the crown of creation, to which all other creatures are subordinate, only to be hunted, harvested or used at will by their human superiors.

The main product of this ideology is a life-style with high levels of material comfort and high intensities of inputs from nature.

This life-style, often called “the American way-of-life”, is in practice enjoyed by a minority of the world’s population, but aspired to by many and as such is a powerful motive for politicians promising to bring such a life-style to their societies. It is an important pull factor for migration for those who do not see improvements in their material life patterns happening in their foresee-able future.

We observe these migration processes from Mesoamerica to the United States and from Western and Eastern Africa, including the Horn, to Europe.

Of, course insecurity due to resource and/or socio-cultural conflicts is an important push factor. It is a serious aspect of global injustice if the resource conflicts e.g. in the Sahel or the Horn of Africa between pastoralists and farmers are caused by droughts, which in their turn are caused by climate change originating from energy use elsewhere in the world. Here the European Union has to reflect upon its role and the policy actions to be taken in the framework of, for example, the Green Deal as now proposed and further developed by the European Commission. 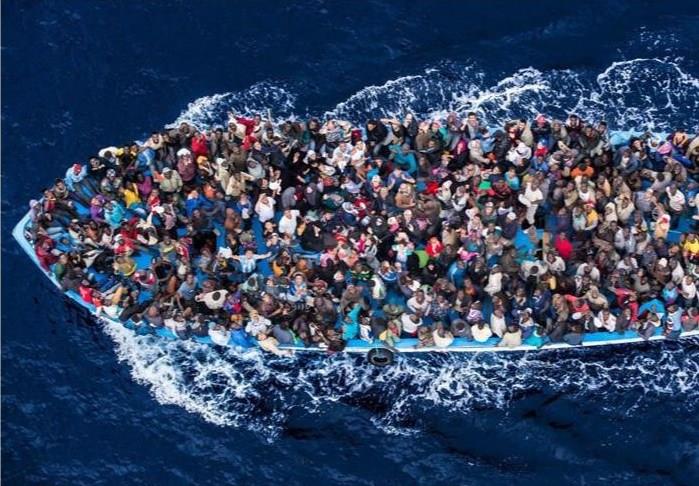 The business sector in the EU as the biggest economic bloc in the world, obviously has to contribute in a major way to the Green Deal by applying the highest environmental standards to the import of its productive (natural) resources from abroad, by designing and producing durable consumer goods and by using the cleanest technologies in its chain of production and bringing its goods to the market.

Science as a major asset in the defense of nature

Hard science is a major weapon in the defense of nature and the protection of water, air and soils against pollution. The European Environment Agency, together with many other scientific institutions in the EU, the United Nations and academia in other parts of the world have put and are putting together analyses and scenarios which provide a sound basis for decision-making by business and politics. Science on the basis of empirical observation and verification is considered to be a major asset in the defense of nature.

However, as referred to above, scientific cognition will be discarded if they conflict with cognition associated with short-term need satisfactions. They often are then labelled “fake science” and we see with many Republicans in the U.S., the populists in Europe, the Evangelicals in Brazil, amongst others, how this leads to undermining of e.g. climate policies with further greenhouse gas emissions, loss of biodiversity, destruction of global ecological assets such as the Amazon.

Closely associated with the natural science arguments there are fundamental economic arguments arena showing that working in line with natural forces will prevent costly or even insurmountable adaptations in the foresee-able future. A powerful ally here is the insurance industry, especially the re-insurance branch of that industry. If an activity needs insurance if it wants to be covered against ecological risks in the future, then the insurance-giver may require provisions to minimise those risks before agreeing to a certain level of coverage.

Diplomacy and the Rule of Law As referred to above, on the diplomatic level, the European Union with its new Green Deal including its new Biodiversity Strategy should be both a powerful and influential ally on the battlefield. As indeed the largest market in the world it has considerable economic power and it has shown willingness to tie its internal and external trade relations to environmental conditions as they are embodied in the various Multilateral Environmental Agreements to which the EU and its Member States are Parties.

Whether NATO can come to the defense of Mother Nature is still an open question. It of course has to confront security challenges in its Neighbourhood (Middle East, West Asia, North Africa) emanating from environmental degradation over there.

Most outspoken in the pre-Trump era was the U.S. military. See amongst others the Quadrennial Defence Reviews of 2010 and 2014 with strong statements on the relevance of the climate change crisis both for strategy and operations. If and when the Pentagon gets the political space again to prepare further for the consequences of climate change and to engage on this with its NATO partners, it can become a force for the protection of the ecological good around the globe.

A very concrete challenge would be to restore the rule of law over the management of the South China Sea according to the prescriptions of the UN Convention on the Law of the Sea (UNCLOS) and the Award of the Permanent Court of Arbitration of 12 July 2016 in the case of the Philippines against China concerning the management and entitlements with regard to the Sea, one of the most important marine biodiversity areas in the world. Only the U.S. can project the power to indeed bring this area back to the realm of international jurisdiction.

Finally, in this overall overview of the (potential) allies on the battlefield to defend nature, there is the bit elusive entity of international public opinion. Truly global media such as the New York Times, the Guardian, CNN, Le Monde, Frankfurter Allgemeine (and many others) tend to take international environmental and climate issues seriously and often engage in deep-digging investigative journalism on the what, how and who of pollution scandals or misleading public opinion campaigns as e.g. sponsored by the fossil fuel industry. Of course the Russian and Chinese media are state-controlled and will deny in general the existence of domestic problems and/or contributions to international ecological questions when that would undermine the position of their regimes and consorts.

It is against this background of the negative and positive forces affecting nature and the environment, the basis of all life, that an action agenda for both the political and the economic sphere has to be developed.