Here’s how we can reduce emissions from the shipping industry

This month, delegates from governments around the world are meeting (virtually) for a crucial, albeit under-the-radar, climate summit at the United Nations International Maritime Organization (IMO)

Scientists warn that we have just ten years at most to take the steps needed to keep global warming within 1.5 ?C of pre-industrial levels, and thus to avert significant risks to nature and humanity.

This month, delegates from governments around the world are meeting (virtually) for a crucial, albeit under-the-radar, climate summit at the United Nations International Maritime Organization (IMO). The topic is how to decarbonize the global shipping industry, which accounts for over 80% of world trade and more than one billion tons of greenhouse-gas emissions per year – more than any but the top-five emitting countries.

This massive source of emissions cannot be ignored. Our fossil-fuel addiction is having a disastrous impact on the planet, particularly on our oceans. Increased heat and acidity, melting sea ice, and decreasing oxygen levels are wiping out coral reefs, threatening marine life, and undermining the ocean’s ability to function as a key ecosystem and climate regulator. Considering that every second breath we take comes from the ocean, our own health is directly linked to that of this natural system. 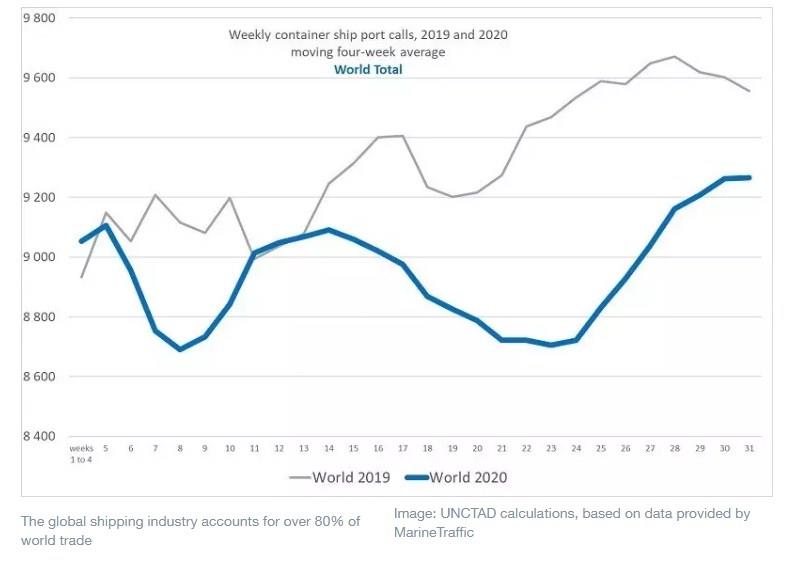 Scientists warn that we have just ten years at most to take the steps needed to keep global warming within 1.5 ?C of pre-industrial levels, and thus to avert significant risks to nature and humanity. Yet, despite a surge in public concern about the climate crisis, the IMO’s meetings still attract barely a flicker of media attention. Most people have no idea who is representing their country in these talks, much less whether their governments are supporting or opposing stronger climate standards.

Back in 2018, nearly all countries supported the adoption of a meaningful decarbonization roadmap for halving the global shipping sector’s emissions by 2050. But the crucial question of how to enforce this target has remained unanswered. Governments will try to break the impasse at this month’s IMO meeting, and again at the 75th session of the Marine Environment Protection Committee (MEPC75) next month.

To that end, countries as diverse as China, India, France, and Nigeria are already coalescing around a sensible proposal: “goal-based operational efficiency.” Under this approach, which is not as technical as it sounds, the international community would agree on targets for the maximum amount of carbon dioxide that each type of ship may emit per ton of cargo per mile traveled. With these caps in place, shipowners will then decide for themselves how to meet the decarbonization targets. With a steep enough target – reducing CO2 intensity by, say, 80% by 2030 – the shipping industry can both achieve emissions reductions in line with the Paris climate agreement and accommodate further growth in global trade.

As always, the devil will be in the details. One potential problem is that Japan and a few other countries are pushing to delay mandatory enforcement of tighter CO2 regulations until 2029 or 2030. If they succeed, the shipping industry’s annual emissions will continue rising throughout this decade, pushing the Paris targets further out of reach.

But if governments can get their act together and adopt tough CO2 regulations, shipowners will have no shortage of options for meeting the new targets. For example, Flettner rotor sails can cut fuel consumption by more than 8%, and air-lubrication systems can reduce it by another 12%. Despite their demonstrated effectiveness, neither system has been installed in more than a handful of the world’s 60,000 or so commercial vessels. And even if shipowners are short of cash to invest in these commonsense measures, merely reducing their vessels’ speed by 20% would cut emissions and fuel costs by 24-34%.

To be sure, getting the industry to net-zero emissions also will require a much broader shift away from fossil-fuel propulsion systems. But, here, the shipping industry itself is ahead of the laggard governments that are trying to block progress at the IMO. Under the auspices of the Getting to Zero coalition, more than 120 major companies are already working to commercialize zero-emission vessels within the next ten years.

These plans will yield far-reaching benefits for developing countries that are rich in renewable energy. Clean shipping offers a triple win: In addition to shrinking the burden of air pollution, it also reduces hefty oil-import bills and boosts inward investment to national renewable-energy sectors. For example, according to a study by the Environmental Defense Fund, Chile could unlock up to $90 billion of investment in renewable-energy infrastructure if its ships were to shift from fossil fuels to green hydrogen-based fuels manufactured with renewable energy.

As with so much else in the climate debate, the real obstacle to achieving a sustainable future is not technology, but politics. If governments can finally agree to set tough emissions regulations for all the world’s ships at the IMO this year, they will have charted a course for a cleaner, greener global trade system, powered by abundant renewable energy. That would be good for the planet, the ocean, and humanity.