Digital harm is on the rise

Here’s how we can give victims a pathway to justice

From doing business to staying informed of the news, we rely on access to information 24/7. But what happens when that information is incorrect – or worse, targets us in an unjust manner with real-world consequences?

We often talk about disinformation as a political phenomenon, but it is becoming increasingly more direct. Malicious actors who instrumentalize hate, distrust and political divisions in the form of disinformation have colonized our digital spaces in order to negotiate and assert their own societal values, creating new forms of harm. Whether this harm emerges from deep-fake videos, defamatory content or inaccurate information spread by administrative error, it is becoming increasingly difficult to remedy, since at present there are limited ways to seek justice in a globally digitized world.

There are a range of reasons why justice is hard to come by, including technical architecture, confusion over jurisdictions and market interests, to name a few. But if you need to seek recourse for a digital harm, do you know where to start? When a crime takes place, one would normally raise the issue to law enforcement. However, given how opaque responsibility is for any given data service – let alone for the creation of defamatory content online – does law enforcement really have the capabilities to uncover the perpetrator? What if you experience the harm in a different jurisdiction from your home country? Would the same rules apply? It is a daunting and often expensive process to fix the problem, if that is even possible, let alone to seek redress.

No longer just a political phenomenon

It’s not surprising that dis/misinformation has shifted beyond the political. The infodemic surrounding COVID vaccinations is a case in point.

Compounding this issue is the lack of access to vaccines and structural barriers, which are also negatively impacting vaccination rates in communities of color. According to the Centers for Disease Control and Prevention, across 43 U.S. states, the percentage of White people who have received at least one COVID-19 vaccine dose (38%) was 1.6 times higher than the rate for Black people (24%), and 1.5 times higher than the rate for Hispanic people (25%) as of April 26, 2021. Why is this the case?

The default narrative is that Black people, and communities of color more widely, are more vaccine hesitant. Such narratives cite the 1930s Tuskegee Syphilis Study, during which healthcare practitioners withheld medical treatment from Black men with syphilis, as evidence of existent mistrust that might stymie COVID vaccination rates in the Black community.

A new report by the Center for Countering Digital Hate identified 12 key individuals – the “disinformation dozen” – whose accounts across all major social media platforms exploit the default narrative that the lower rates of vaccinations in communities of color is due to vaccine hesitancy in order to spread conspiracies and lies about the safety of COVID vaccines. Individuals who circulate this kind of disinformation are, of course, assisted by powerful algorithms that prioritize posts more likely to go viral. In fact, one study found that false content is 70% more likely to be reshared than true content. 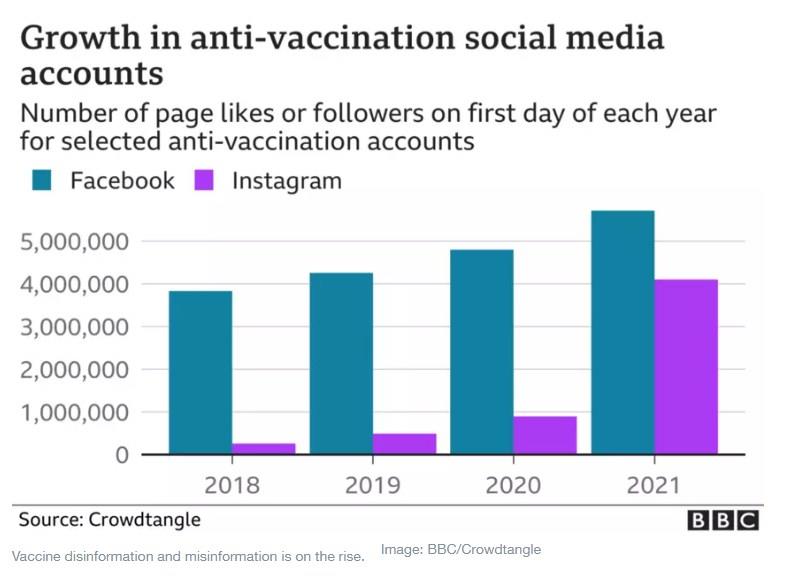 The previous example, however, suggests that accurate information can be equally as harmful as inaccurate information depending on the context, person or service responsible for its proliferation. The default vaccine hesitancy narrative is, in fact, historically true to some extent. However, it does not demonstrate the magnitude of unequal access to healthcare for communities of color. This one-sided narrative is thus being weaponized by malicious actors who have ill intent to cast blame and shame on these communities.

We need clear pathways to justice for individuals and groups being harmed online and via technology. With inadequately regulated data services and products, the laws and rules that have been established in the physical world are not reflected in the digital world. Consequently, the public has little to no visibility into who is behind intentionally harmful digital behaviors.

The current system rewards impunity, and bad actors continue to thrive in the lucrative slander-profiteering industry. One reputation management website generated $2 million a year in revenue. Their mandate is to aid in the proliferation of harmful content on any given individual and provide expensive services to help remove it. On reputation management website RepZe, post removals from “cheater websites” start at $1,000, and negative press article removals start at $3,500.

Without action, the severity of these technology-enabled abuses will prevail. We can either act now – or wait until these issues inevitably directly target us and the people we care about.

Insufficient data protections, limited transparency across the data value chain, unchecked algorithms and scant resources for victims have produced only partial legislative responses at the federal level and disjointed state laws. Most developed countries have adopted broad legal protections for personal data, but the United States – home to some of the largest information technology companies in the world – continues to act haphazardly with fractured and sector-specific regulations that fail to effectively protect victims. Individuals suffer by not having at their disposal clear pathways to restoration, while bad actors and perpetrators of digital harms are free to act with impunity.

The last thing we need is a convoluted recourse system that creates more barriers for victims, particularly those without access to expensive legal representation. We need cohesive, systemic mechanisms that consider the rights, responsibilities and duties of the various actors in the data ecosystem. Failing to do so will perpetuate a revictimization pattern wherein the victim is forced to relive their trauma through the process of providing evidence and proving their victimhood at various junctures of seeking redress. The normalization of placing the burden of work on victims needs to stop. Solutions must hold the perpetrators accountable and quash victim-blaming narratives.

Left unaddressed, this problem will continue to grow more severe and at uncontrollable, unprecedented scales. We need to act now.