6 stages for fostering and harnessing imagination in companies

Companies have a remarkable propensity for turning ideas into valuable, pervasive new realities

"While much has been written about innovation and business models, we don’t have a playbook for what lies upstream of innovation: imagination."

by Jack Fuller and Martin Reeves*

Companies have a remarkable propensity for turning ideas into valuable, pervasive new realities. They can turn the unreal into the unremarkable: the car, the computer and the internet all began with improbable acts of imagination.

While most startups are focused on searching for the next big thing, those lucky enough to find it before they run out of cash often spend the ensuing decades scaling and exploiting the foundational idea. This leads to a split in the corporate economy between smaller, younger, high growth companies, and larger, more stable, profitable ones with lower growth potential. This division of roles makes sense in a world where competitive advantage is sustained. But the half-life of competitive edge has plummeted in recent years. Every company now needs to be able to reimagine itself repeatedly if it is to prosper in the long run. 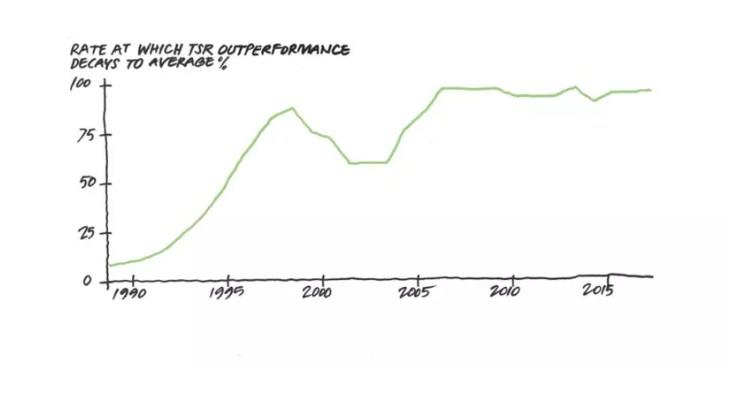 One company that’s great at harnessing imagination is Recruit Holdings, owner of Indeed and Glassdoor, with $21 billion of revenue across businesses in HR, education and marketing. If you’re an employee at Recruit, you’re expected to contribute to reimagining the business; you can easily put together a team and obtain funding for a new idea; and employees aspire to start new businesses as much as they aspire to climb the chain of command. New businesses invented by employees now generate hundreds of millions in revenue for the company.

While much has been written about innovation, the creation of new valuable offerings and business models, we don’t have a playbook for what lies upstream of innovation: imagination.

Imagination is the ability to create a mental model of something that doesn’t exist. It is a capacity that exists within and between human brains, and the organizational context can support or undermine it. Mostly, large companies inadvertently undermine it. When we polled CEOs, 90% saw imagination as a vital capability, but 80% did not have a well-defined approach for managing it. It’s our contention that imagination can be systematically managed by companies to continually discover new paths to growth.

The six stages in fostering and harnessing imagination

In our new book, The Imagination Machine (Harvard Business Press, 2021), we tap into the science underpinning imagination and an empirical study of imaginative companies, to propose such a systematic approach.

We identify six stages in fostering and harnessing imagination, each with different requirements and pitfalls:

Stage 1. Create encounters with surprise, which inspire us to revise our mental model of how a business works.

Stage 2. Develop tentative ideas into detailed, coherent, testable mental models. Charles Merrill, who founded Merrill Lynch, had the idea of making a bank that was analogous to a supermarket: aimed at the middle-class, with transparent pricing and standardised products – something unheard of in the day. This started as a hunch, but he developed it into a transformative model that marked a dividing line between two eras on Wall Street. The challenge here is to make room for reflection, to cultivate counter-factual thinking skills and to create a culture which doesn’t immediately dismiss embryonic ideas.

Stage 3. Collide new models with reality, and to do this long before we would normally run a well-structured pilot.

Stage 4. Ensure that ideas spread to other minds, to drive their continued evolution and adoption. Recruit organizes inspiring company-wide events for sharing imaginative ideas at all stages of development – effectively super-spreader events for new ideas.

Stage 5. Scale and codify mental models to shape a new reality, turning unprecedented and counter-intuitive ideas into something successesful — that is, normal and unremarkable.

Stage 6. Maintain the tension between imagination and execution across a business and over time, exploiting old ideas while also creating the new ones which eventually disrupt and replace them.

Each of these stages involves specific techniques and capabilities that need to be mastered – techniques which are not commonplace in the large organizations of today.

The role of leaders

Leaders play a huge role in setting the right context for imagination. They can focus the organization on the outside world where the most surprises originate, countering the tendency for organizations to become more and more introverted as they grow. For instance, Nitin Paranjpe, when he became CEO of Hindustan Unilever in 2008, sent the entire company to the field for one day. “Every single person, from me to the receptionist at the front desk – everyone – had to go out and talk to customers… Everyone was required to come back and share: What did you hear? What surprised you? What new ideas came up? And what should we do about it?”

Leaders can also create a sense of urgency by focusing attention on signals that yesterday’s success may not last forever, countering the false sense of security and complacency which backward looking financial metrics can create. Business leaders can create cultures which allow time for reflection and where what-if questions are legitimate, and not shot down as being impractical, distracting or fanciful. They can make sure that the maverick personalities who create new ways of looking at the business, are recognized and rewarded alongside those devoted to exploiting the current business model.

Technology has a role to play too. While we do not believe that general artificial imagination will displace human imagination anytime soon, technology is already beginning to play a role in complementing it. There already exist tools that can help each stage of the imagination cycle, including those for anomaly detection, the generation of analogues for a given set of ideas, the visualisation of networks of ideas and people, and the identification of critical factors underpinning the successful application of new ideas. These tools will play a pivotal role in creating new types of “bionic” organizations that can leverage human and machine cognition synergistically.

Reimagination has effectively become the new execution. It should be embraced not only as a competitive necessity, but also as an opportunity to rehumanize organizations so that they can attract and motivate the talent they will need to continually discover new ways to succeed.

The EU should develop its own foreign intelligence services to provide itself with credible information about possible foreign threats, according to an upcoming European Parliament proposal