"Scientists are clear on the facts of climate change. Now leaders need to be just as clear in their actions"

UN Secretary-General Antonio Guterres stressed that "the climate crisis is a code red for humanity", just days before the COP26 climate summit in Glasgow. "Scientists are clear on the facts of climate change. Now leaders need to be just as clear in their actions," Guterres added. A catastrophe can be avoided if the world acts fast.

From leading global alliances, unlocking of blended finance to mitigate climate change impact and simply eliminating the concept of climate change, the Schwab Foundation’s community of the world’s leading social innovators are using their ingenuity, drive and compassion to tackle climate change. The Schwab Foundation’s social entrepreneur community has improved the lives of more than 622 million people in 190 countries and mitigated more than 192 million tonnes of CO2. Here are some notable solutions to showcase at COP26:

“When I think climate, I think development, and I think business”, says Renat Heuberger, CEO and of South Pole. The climate finance company he cofounded 15 years ago is the world’s largest climate project developer. In over 50 countries, South Pole has developed and provided finance to over 1000 projects, which combined are reducing more than a gigatonne of carbon from the atmosphere.

But reducing large amounts of carbon is only one part of South Pole’s mission. “Our projects promote climate smart agriculture, they support fishermen through mangrove restoration, they directly improve the health of villagers, who benefit from clean cookstoves”, says Renat Heuberger. “It sounds too good to be true, but it IS true: We have the opportunity to address climate change and global injustice with the same investments!”

The impact that South Pole creates with its projects can be certified in form of carbon credits. Each credit equals a ton of CO2 reduced. As more and more international companies, governments, and even individuals want to make a difference by setting net zero or climate neutral targets, demand in carbon credits is currently raising exponentially – and so do the prices of the credits. So, on top of saving the climate and enabling local development, investments in climate projects are an increasingly appealing business case – impact investment has hardly ever looked as attractive. 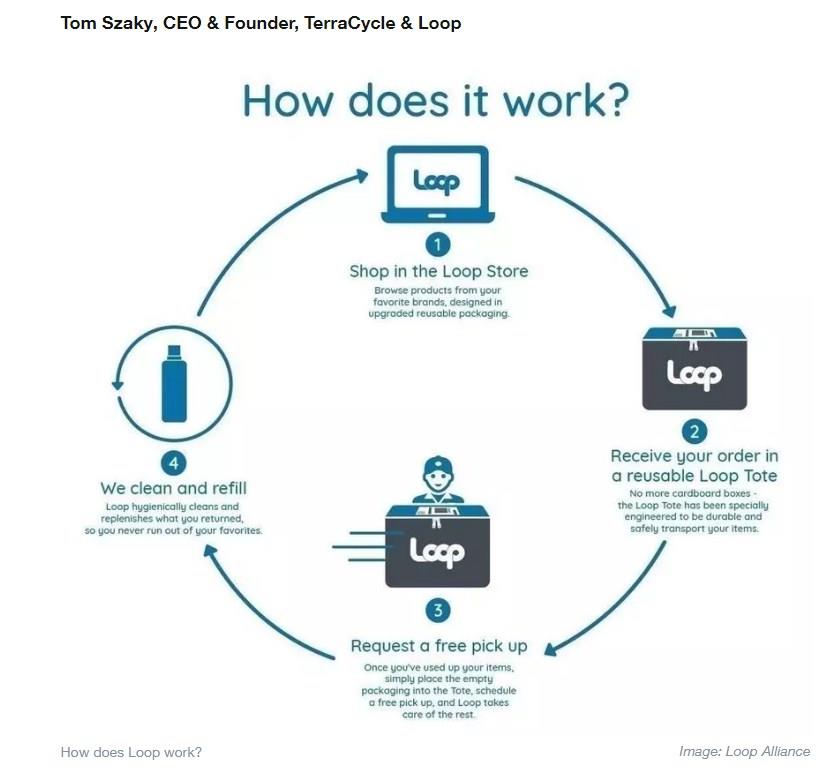 Every year, the production, disposal and littering of plastic generates billions of tons of the greenhouse gases that cause climate change. TerraCycle and Loop promote circular models that limit greenhouse gas emissions by creating recycling solutions for complex materials otherwise deemed “unrecyclable” and developing a global packaging reuse platform.

“Single use plastic waste is a huge driver of climate change,” says Tom Szaky, CEO and Founder of TerraCycle & Loop. “Since we can’t stop consuming entirely, a fundamental shift in how we treat resources and how we consume is key to changing course.”

Third party reviewed Life Cycle Assessments found the recycling and reuse models outperform conventional alternatives such as landfilling and incineration of single use items across key environmental impact categories, including the production of carbon dioxide.

“Scale is critical, so we work with brands, retailers and NGOs like World Wildlife Fund to maximize our impact and align our work with global efforts to curb waste and address climate change,” Szaky adds.

As climate related disasters have become more frequent and more severe, houses and people across the globe are more vulnerable than ever before, with 40% of the world projected to live in substandard housing by 2030.

Build Change works with homeowners across the world to make their houses resilient to natural hazards, making over 450,000 people safer since 2004.

“Climate resilient housing can and must be accessible to everyone, but it’s only possible through systems change in the housing sector. Policymakers and the private sector must prioritize housing in climate ambitions, and COP26 is a critical moment to commit to change,” says Dr. Elizabeth Hausler, Build Change’s Founder and CEO. “We can eradicate the disease of vulnerable housing; we have the tools, the knowledge, and we know the path forward. Now it’s time for action.”

You can hear more about Build Change’s work on climate resilience at COP26 via two showcase events: “Make Your House Climate Resilient: A Choose Your Own Adventure Game” on November 8 at 17h00 GMT in the UNFCCC’s Action Hub and “Cities & Regions Mobilizing for Housing Resilience” featuring mayors of major metropolitan cities on November 11 at 15h00 GMT in the Resilience Hub in the Blue Zone.

“In the fight against climate change, the world has reached a tipping point. More and more companies are waking up to the opportunities of a zero carbon economy, but we urgently need to scale the endeavour to cement low carbon practices along supply chains and across societies” says Gonzalo Munoz, COP25 High Level Climate Champion.

The Race to Zero campaign – a global alliance of businesses, cities, regions, investors and universities committed to achieving net zero carbon emissions by 2050 at the latest – is on track to increase its membership at least tenfold between COP25 and COP26. It already groups more than 1,100 companies and nearly 500 cities and regions, alongside dozens of investors with more than $4 trillion of assets under management. All told, the alliance represents actors responsible for nearly 25% of global CO? emissions and more than 50% of GDP.

“By adding more influential voices from across the global economy to this roll call and building on the demand for action by citizens around the world, we can create a positive feedback loop in which governments on all continents are encouraged to take bolder steps” says Munoz.

Why is social innovation so important?
Social innovation is often described as the process of developing and implementing effective solutions to challenging, predominantly structural issues of social or environmental nature to further social progress.

Solutions of this kind often require the active collaboration of stakeholders across government, business, NGO as well as civil society sectors.

Friendship NGO reaches 7 million displaced persons annually. “Friendship is not about assistance but about emboldening people so that massive assistance will not be needed” says Khan. “Helping them to become more resilient and empowered, able to restart their lives with opportunity and hope; strength and dignity to make their own decisions”.

High Resolves has created a digital platform that serves as a one stop solution for civic learning - an innovative solution to climate change. “The need to activate human responsibility lies at the heart of the world’s greatest challenges” say Roya and Mehrdad Baghai, Founders of High Resolves.

Institutions can receive unlimited all-you-can-use access to curated learning experiences from the best providers in the sector at an affordable price of only $400 per month. That translates to roughly 20 cents per student experience based on average use levels, a fraction of the cost of in-person facilitated activities.

High Resolves can now serve middle and high schools as well as a wide range of community based organizations like museums, libraries, faith based groups, youth programmes, summer camps and home schoolers with its new platform.

“Water action must be a part of climate action or it will be a part of the problem” says Gary White, CEO and Cofounder of Water.org. Today 785 million people (1 in 9) lack access to safe water at home. And 2 billion — 1 in 3 people — don’t have access to a toilet. The water crisis negatively impacts the health and livelihood of more than a third of our global population. To make matters worse, climate change is already affecting water access for people around the world, causing more severe droughts and floods. Increasing global temperatures are one of the main contributors to this problem.

For 30 years, Water.org, an organisation founded by Gary White and Matt Damon, has been pioneering market driven financial solutions to the global water crisis. The organisation has successfully demonstrated that those at the fringes of society can move from being beneficiaries to customers through their WaterCredit programme which targets households with an income of $1.75 to $6 a day.

Water.org underwrites the start up costs incurred by microfinance institutions (MFIs) developing water and sanitation loan products, including loans for network connections, rainwater harvesting tanks, pit latrines and biogas toilets, among others. They also provide technical assistance to MFIs and small banks to start water and sanitation loan programmes. In 2021, the organisation reported that it has reached more than 38 million people of which more than 6.7 million were in the past year alone.