Is the environment or economy a bigger priority? A view from the US

The battle in the minds of people in the U.S. between prioritizing the environment (even at the risk of curbing economic growth) or the economy (even if the environment suffers), has been a bit of a rollercoaster over the last few decades

Data shows how US attitudes on whether to prioritize the environment or the economy has changed over time.

As our infographic illustrates, the struggle in the U.S. between the two really came to a head as the effects of the 2008 financial crisis started to bite. In March 2009, the economy had shifted to the forefront of most people’s minds, with a majority (51 percent) choosing the economy as a priority, compared to 42 percent favoring the environment. Mother Earth did eventually start to gain control over American hearts and minds again between 2015 and 2019, but the Covid-19 pandemic appears to have shifted the balance once again in 2020 and 2021. 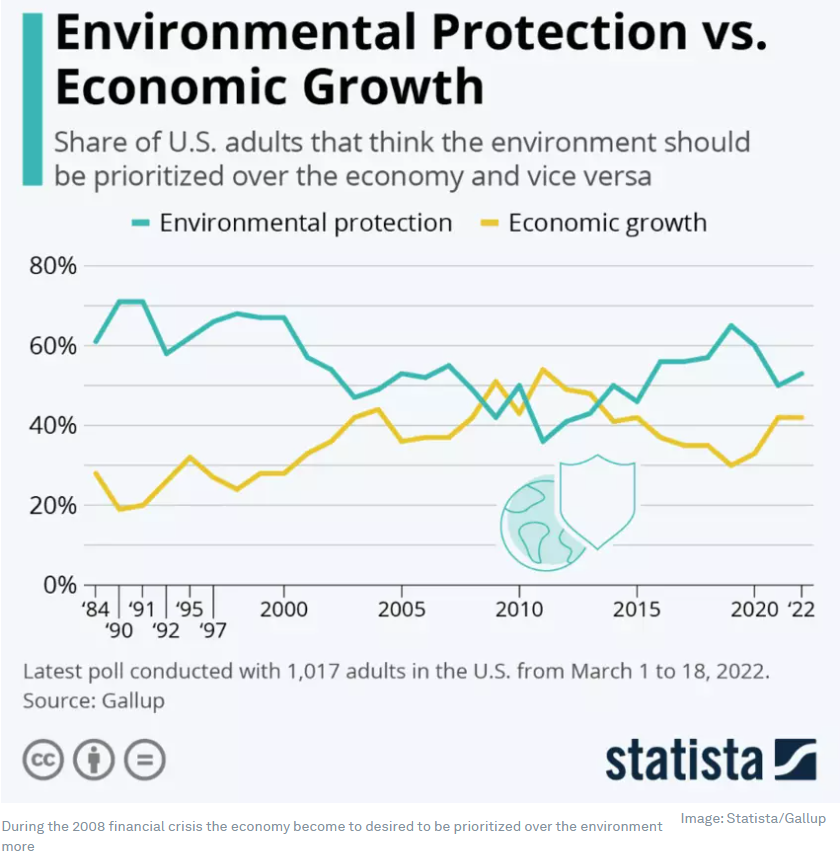