With transportation producing around a fifth of global carbon dioxide emissions, the race is on to find ways of reducing these in order to meet net-zero targets

Transportation is responsible for around 20% of global CO2 emissions.

With transportation producing around a fifth of global carbon dioxide emissions, the race is on to find ways of reducing these in order to meet net-zero targets.

While electric battery technology to wean road vehicles off fossil fuels is meeting growing consumer demand, decarbonizing hard-to-electrify long-distance sectors like shipping, trucking and aviation remains a challenge. Experts believe electrofuels could offer a way to decarbonize these forms of transportation as a carbon-neutral, drop-in replacement for traditional fuels like diesel and gasoline.

Road travel accounts for three-quarters of transportation emissions. Most of this is from cars and buses but just under 30% comes from trucks carrying freight. Although aviation receives a lot of criticism from environmentalists, it only accounts for around 10% of transport emissions. International shipping contributes a similar amount. Rail journeys produce the least amount of CO2. The International Energy Agency estimates that meeting net-zero targets by 2050, requires a 20% reduction in transport emissions by 2030. 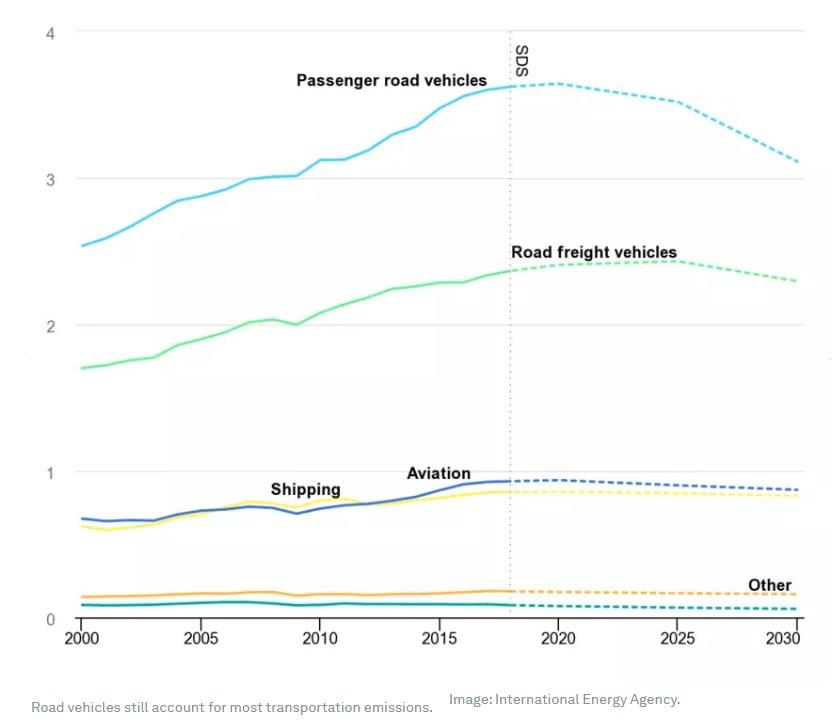 Also known as synthetic or e-fuels, electrofuels are an emerging class of replacement fuel. By using electricity to combine the hydrogen molecules in water with the carbon in CO2, a liquid fuel can be created that works in existing engines. The carbon dioxide this process uses is captured directly from the atmosphere, so burning electrofuels doesn’t add to overall emissions. 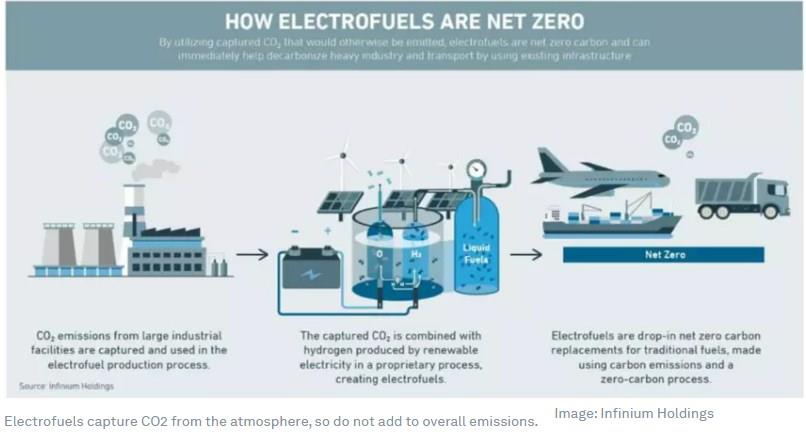 However, they are expensive. Depending on which fuel you’re replacing, electrofuels can cost anywhere up to seven times as much as fossil fuels. Developers therefore need to find a way to manufacture them at scale and make sure they perform comparably to their fossil fuel counterparts.

With the race on to help aviation and shipping go green, big corporations are investing in the development of clean energy, including electrofuels. California-based Infinium has recently announced a partnership for the largest commercial-scale e-fuels facility to-date in Europe. The electrofuels company and ENGIE, a supplier of technology for low-carbon e-fuels, are planning to develop a new facility named Reuze.

Infinium CEO Robert Schuetzle says the facility in Dunkirk, France, will help companies and countries in Europe meet their carbon reduction goals and fight climate change. “As one of the largest announced CO2 conversion hubs in Europe to date, we anticipate that the facility will convert more than 300,000 tons of CO2 waste into low-carbon Infinium electrofuels every year for use in Europe’s shipping and aviation industries.”

The electrofuels being developed are designed to be user-friendly, he adds: “One of the best things about Infinium’s electrofuels is that the fuels can be used in existing engines and infrastructure without the need for redesigns or upgrades. This allows companies to reduce harmful emissions and meet their carbon reduction goals without costly transportation conversions.”

Other partnerships are also being developed around the world. For example, Vattenfall, SAS, Shell and LanzaTech are working together on synthetic sustainable aviation fuel (SAF).The project hopes to start producing SAF by 2027.

Recent World Economic Forum-backed research shows that countries like Mexico have the potential to play a key role in transforming global shipping through green zero-carbon fuels. It’s part of a wider series of studies exploring opportunities for green shipping fuels in emerging economies. 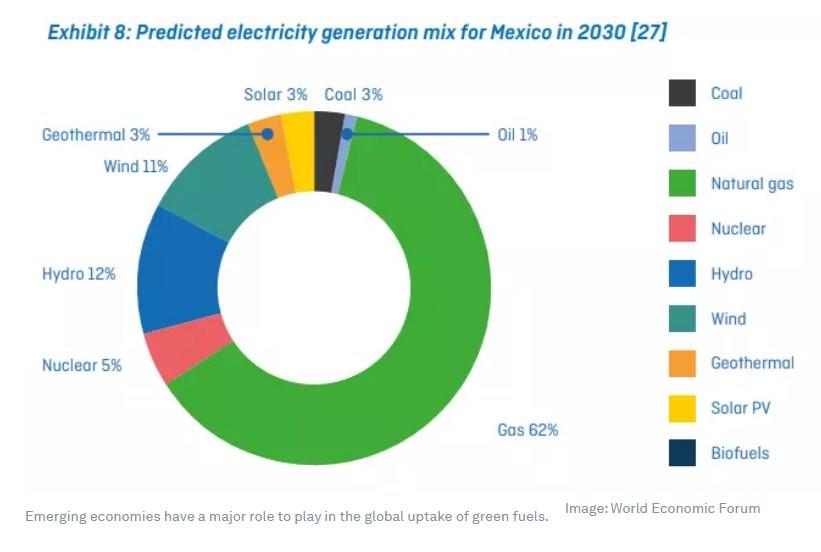 Mexico’s proximity to North America, as well as the Atlantic and Pacific oceans, could position it as a leading supplier for vessels visiting its ports and a leading exporter of green fuels including electrofuels. The country has rich renewable energy potential and has set targets of a 50% minimum decrease in greenhouse gas emissions by 2050.

Decarbonizing the local shipping sector would help Mexico, and the rest of the world, reach their green goals.