Artificial intelligence (AI) is usually associated with getting us to the future faster, but it can also be a powerful tool in uncovering the past.

Artificial intelligence (AI) is usually associated with getting us to the future faster, but it can also be a powerful tool in uncovering the past.

Here are 6 ways the technology is being used around the world to help us understand the past and prepare for the future. 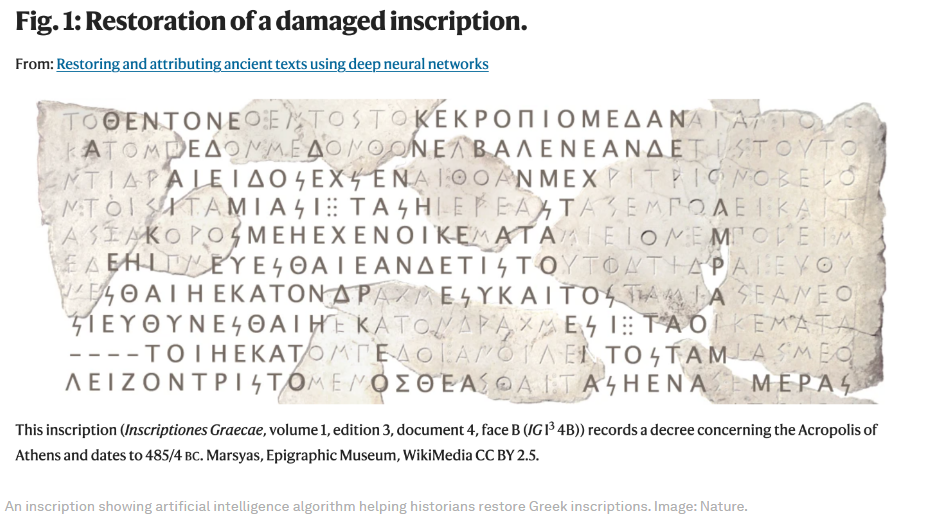 Researchers at British artificial intelligence firm DeepMind trained the algorithm on around 60,000 ancient Greek texts from across the Mediterranean that were written between 700 BC and AD 500.

On its own, Ithaca was able to restore the texts with more than 60% accuracy, according to New Scientist magazine. Working with historians, the success rate grew to more than 70%.

Facial recognition AI is being used to identify people in World War II images of the Holocaust – the genocide of approximately six million Jews by the Nazi regime and its collaborators.

The project, From Numbers to Names (N2N), was created and developed by software engineer Daniel Patt in his own time, according to reports in The Times of Israel. A descendant of Holocaust survivors, he now works for Google and the N2N now includes software engineers, data scientists and researchers.

The site scans more than 34,000 photos made available by the United States Holocaust Memorial Museum and provided by families.

In Japan, scientists at Kyoto University and the Japan Science and Technology Agency have used climate data from the past to predict future trends.

The model was able to “successfully predict” rises or falls in temperature over decades, the scientists reported in the journal Frontiers in Robotics and AI.

Dead languages from the past that have been lost or are no longer spoken have been brought back to life by AI researchers at Massachusetts Institute of Technology (MIT) in the US.

A system developed in MIT’s Computer Science and Artificial Intelligence Laboratory was able to automatically decipher a lost language that previously could not be understood.

The algorithm was trained on insights from historical linguistics and typical changes in the sound of languages as they evolve. 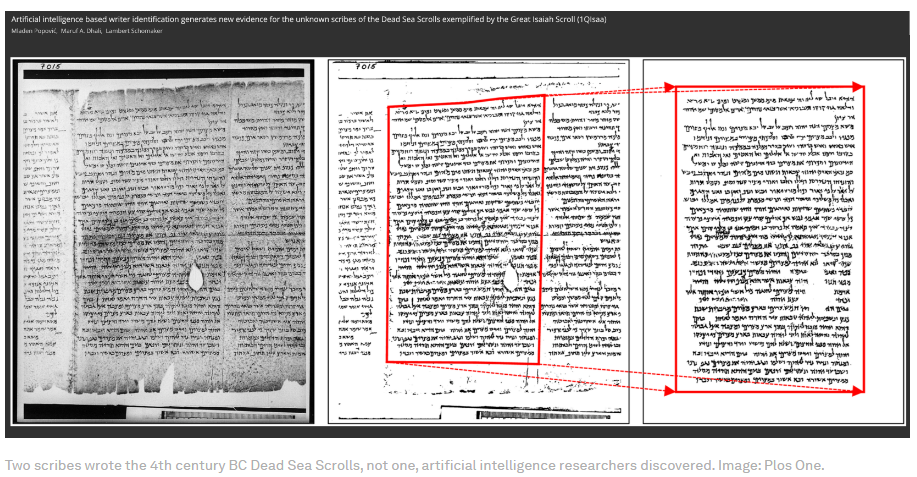 In the Netherlands, researchers at the University of Groningen used AI to make a new discovery about the Dead Sea Scrolls. They date from the 4th century BC and are thought to be the oldest manuscripts of the Hebrew Bible.

Using computer techniques and AI, researchers were able to conclude that the scrolls were written by two people, and not one person as previously thought.

6. Meeting people from the past in 3D

AI is also being used to bring figures from the past back to life. A museum in India has created a ‘digital twin’ of an artist who died in 2011, according to an article by US law firm Lutzker & Lutzker.

The 3D hologram of painter M.F. Husain has the capability to answer questions about his life and work. Facial recognition and other deep learning technologies were used to create the avatar at the Museum of Art and Photography in Bengaluru (Bangalore), India.

As the use of artificial intelligence grows, so has discussion and action around deploying it responsibly. The Indian government’s policy think-tank NITI Aayog and the World Economic Forum’s Centre for the Fourth Industrial Revolution recently co?designed an ethics framework on AI best practice.