Climate change: won or lost in cities or by cities?

Extinction Rebellion disrupted London and brought many transport routes to a standstill on Easter Weekend in 2019. A key demand for the direct action group was for the government to declare a climate emergency

Cities are home to 54% of the global population and the Intergovernmental Panel on Climate Change (IPCC) say they consume approximately 70% of energy and 75% of global carbon emissions.

This demand has since been met - by the UK parliament, as well as the Argentinian senate, the French parliament and the Canadian House of Commons. In fact, a total of 983 jurisdictions stretching from Poland to the Philippines have now declared a climate emergency. However, a major question remains open in all cases: once declared, whose role it is to act?

For many policymakers, the answer is cities. It has been well touted that climate change will be won or lost in cities. Former UN Secretary-General Ban Ki Moon is one proponent of this argument.

The role of cities in climate change

Cities are home to 54% of the global population and the Intergovernmental Panel on Climate Change (IPCC) say they consume approximately 70% of energy and 75% of global carbon emissions. This will likely increase as cities, particularly in developing countries, are still growing. By 2050, it is estimated that 68% of the global population will live in urban areas, meaning the use of resources in cities will rise.

Despite their resource demand, cities are also one of the most sustainable inventions humans have created. People living and working in proximity allows efficient public transport, shorter commuting distances and smaller homes with lower electricity use. When delivered correctly, this density leads to much lower carbon footprints than sprawling suburban counterparts.

Therefore, the role cities should play, and more importantly can play in climate change should be a key area of discussion in the upcoming Sustainable Development Impact summit.

Do cities have the power?

It is important to emphasise that even the world’s largest cities with the most devolved decision-making power do not have full autonomy over the key drivers of climate change. Transport policy is just one area in which many cities lack the ability to make and enact policy that would affect climate change.

For example, this sector currently accounts for almost a quarter of global carbon dioxide emissions, and in urban areas 90% of urban transport energy is due to economic activity, transport costs, geography and urban form. Yet globally there is still considerably larger regional, national and supranational government influence driving policy and investments in these areas than there is for city governments.

In Nigeria for instance, design standards and building codes are prescribed at the national level. Similarly, Indian cities have limited say over green infrastructures and density regulation, two key policy levers mitigating climate change. Unable to act against sprawl, cities miss out on the environmental promises of proximity.

Furthermore, even when cities are empowered to enact policy in this area, local political economy issues are as big of a challenges as anywhere.

For example, New York city’s congestion charge has been twelve years in the making and was until very recently still running up against political barriers despite the clear benefits shown in London, Stockholm and Singapore. Therefore, if climate change is down to cities, then it is the role of national governments to enable them to act: they need the policy and investment power.

Which cities can make the biggest impact?

Almost half of urban dwellers live in small cities of less than 500,000 and, when looking at where greenhouse gas reduction can occur, over half of our 2030 reduction potential actually lies in these small and medium urban units. It isn’t, therefore, the large cities that may be able to affect the largest gains when it comes to climate change; it is instead the small human settlements.

Yet, many of these have even less power, capacity and financing to deliver actionable change than in larger cities. It is important not just to enable global cities with the power to change, but global towns, as well. 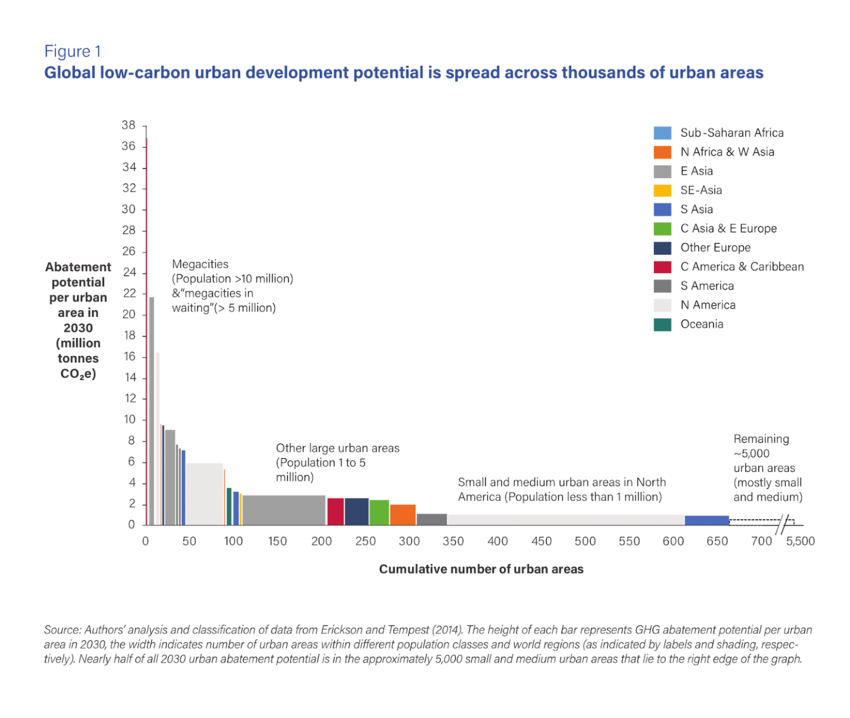 Pointing researchers in the right direction

The policy focus may be towards the wrong actors of change, as much of the research is still being focused in the wrong direction. In particular, while only one-in-eight urban dwellers live in megacities, these areas receive much more academic attention – almost a quarter of all articles and literature since 1990.

The top 10 cities received almost as much focus as the bottom 5,000 in the literature. Yet, if the largest greenhouse gas reductions are available in small and medium cities, then policy research should be focused on options for decision makers in these areas. The spatial focus of research needs to be realigned. 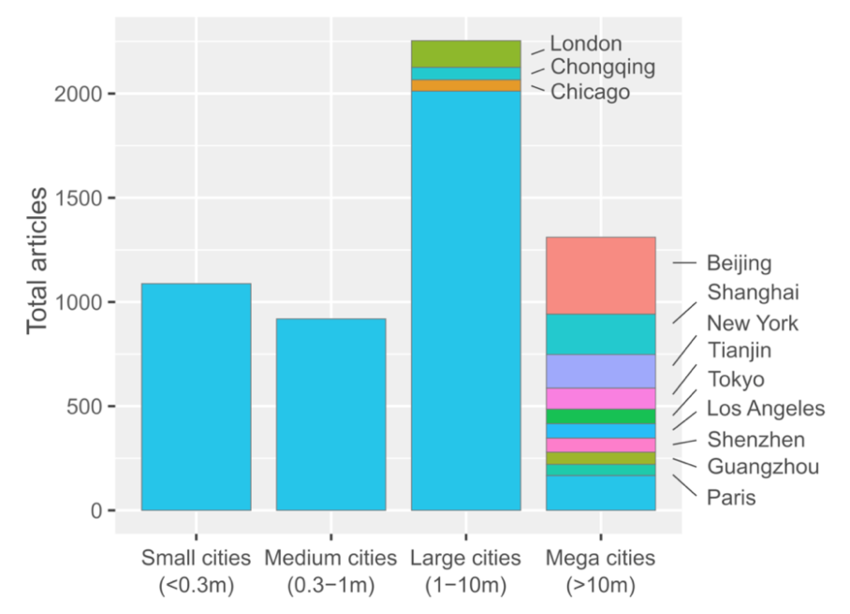 A regional mismatch is also apparent. African cities’ growth rate is 3.5%, compared to 1.9% globally. Of Africa’s projected 2050 urban population, two-thirds are yet to move in. Energy consumption in this region is increasing at a rate 30% higher than world’s average (2.9% compared to 2.2%). Combining this high city population growth, with increasing levels of energy consumption should give African cities and towns considerable ability to negate greenhouse gas emissions.