Businesses are thriving, societies are not. Time for urgent change

It’s the end of an era for corporations. For 50 years, companies focused on delivering shareholder value above all else – but a rapidly changing world is undercutting the shareholder primacy paradigm

Heading in the right direction? Corporate citizenship must be a core activity this decade.

by Orit Gadiesh and Andrew Schwedel*

Businesses must urgently change to support the societies they operate in.
Climate change and economic unfairness are among 6 flashpoints for companies.
Globalization has lifted over 1 billion out of poverty - but it’s deeply unpopular.
It’s the end of an era for corporations. For 50 years, companies focused on delivering shareholder value above all else – but a rapidly changing world is undercutting the shareholder primacy paradigm.

Many companies had already started down this path during the shareholder primacy era. Charles Schwab, USAA and Enterprise Rent-A-Car, for example, listened to their customers and employees and invested in loyalty. Unilever, LEGO and Patagonia made sustainability a strategic priority. Quietly, many firms developed agendas focused on good corporate citizenship without touting them. 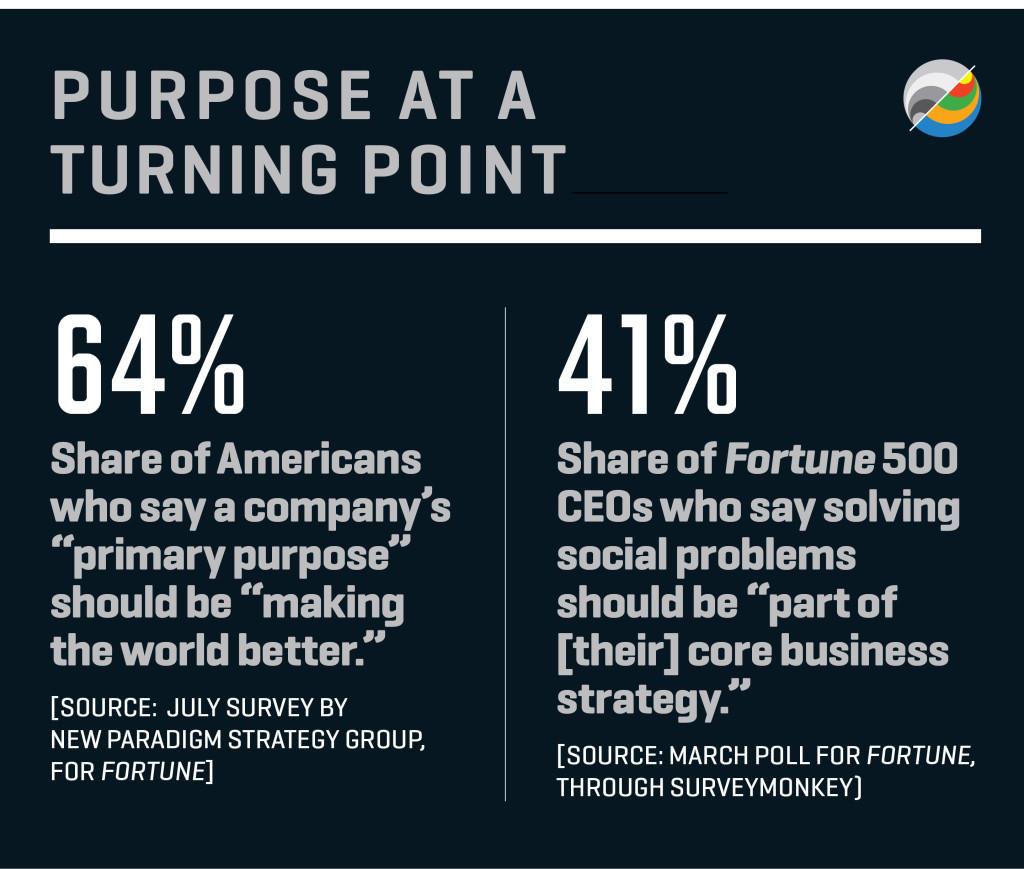 It’s a wrenching change, but an urgent one. Firms are doing well, but host communities often aren’t. Globalization delivered prosperity to emerging markets, lifting more than 1 billion people out of poverty – but it’s deeply unpopular in Western countries where middle-class incomes stagnated, industries shrank and jobs disappeared. Abundant labor and cheap capital, combined with relaxed regulatory and antitrust regimes, concentrated corporate power. Nationalism is on the rise and climate change appears intractable. The rise of big data and powerful technology platform companies provoke fear of privacy abuse and fake news. Millennials in particular are far more skeptical of capitalism than previous generations and support a more expansive role for government.

Until now, political institutions in the developed world have struggled to keep pace with these changes. As big business thrives and social anxiety increases, however, battles over polarizing social and economic issues will intensify. Eventually, political leaders and society at large will look to the business sector to solve many of these problems.

That’s a challenge few leadership teams are prepared for – even those that have worked hard to act responsibly ­– and few will be able to avoid. Amazon, for instance, has invested heavily in community engagement. The company took pains to address the concerns of state and city leaders in New York before selecting the New York City borough of Queens as its second headquarters. But Amazon still ran afoul of local activists who decried what they considered overly generous tax breaks for the project. The social backlash added to complaints about Amazon’s overall corporate tax rate, labor practices, and dominant market power in e-commerce and web services.

-Economic fairness: CEO compensation vs. minimum and living wages, job and income security, healthcare access and affordability, the role of unions and the power of labor, workforce skills and training

-Social issues: gun control, religion, identity politics and other culture-war issues
The relevance and urgency of each issue will vary by company, industry and country. The demands of disparate communities are likely to clash; not all citizens or communities want the same things.

How, then, can companies respond to this new environment? Leadership teams can start by creating forward-leaning policy agendas, together with other companies in the same industries. These agendas should include concrete steps to address society’s concerns. And firms or industries may choose to participate constructively in the debate – or to ignore it and risk government intervention, with potential outcomes much less to their liking.

Companies with forward-looking policy agendas will make community and citizen engagement a priority – as critical as investor relations. For example, retraining workers is likely to be a key issue for governments and companies in the 2020s. Amazon recently announced it will spend $700 million by 2025 to retrain about 100,000 employees, or roughly one-third of its American workforce. It also raised minimum wages, along with Walmart, PayPal and others.

To stay one step ahead of the debate on flashpoint issues, firms must develop new skills. Olam and Cargill named chief sustainability officers who are working closely with governments to improve food supply integrity. C-suites will need foreign policy competence to address trade frictions, technology transfer, data protection and constraints on labor sourcing, as well.

Successful leadership teams will devote the same careful attention to their citizenship agenda as they do to business strategy. In addition to understanding which communities are most important to the company, they’ll need to determine where in the value chain they can make a difference. It will be critical to pinpoint where the firm’s values, policies and actions are at odds with the interests of stakeholder communities. Leaders can then evaluate financial, human and reputational trade-offs in addressing citizens’ concerns.

These won’t be easy choices, but they’ll increasingly shape the CEO agenda over the next five years. And companies that embrace citizenship right now will be best positioned to navigate successfully the challenging times ahead.

Where AI Can Help Your Business (and Where It Can’t)

Your firm produces data, so surely it can benefit from applying AI, right? Wrong. Here are five questions to ask yourself about whether a business problem is “AI-solvable”