Care economy: an opportunity to create jobs and close the gender gap

During the last two years, experts have gauged the impact that the COVID-19 pandemic had on various productive industries of the global economy

"A reform in the payment norms behind the care economy would benefit women that can’t take other jobs due to time constraints".

During the last two years, experts have gauged the impact that the COVID-19 pandemic had on various productive industries of the global economy. But the care economy, a sector profoundly affected by lockdowns, did not receive enough attention from experts.

The care economy comprehends those activities that people perform daily, often in our homes, including chores or taking care of other persons, such as infants or the elderly. These chores, such as cleaning up a house or shopping for groceries, are typically not paid, and even less are considered productive. But, as a global society, we can still attain changes to this outdated perception. To illustrate the case and to suggest changes, we’ll use data from the care economy in Colombia.

The National Statistical System, known locally as the DANE, is commissioned to collect statistics and information in Colombia. Because of a law passed in 2010, the first of its kind in the Americas, the DANE calculates the care economy for its potential revenue.

This law allowed the care economy to insert itself into the national accounting system and meant the DANE measured it by its potential impact on the country’s GDP. Therefore, for the first time in the region, chores and tasks made at home became observed from an economic perspective. The law also broadened the care economy concept, which up to that point only encompassed proper care activities and did not include other chores such as shopping.

The importance of the care economy, measured

The results of the potential volume of this sector in the Colombian economy are surprising. Ten years after the first measurement, the 2020 technical bulletin revealed that the care economy would equal around 20% of Colombian GDP, which in 2014 surpassed 380 billion dollars. Under this reading, the care economy would stand above the financial and agricultural sectors in the gross product ranking. Even though these figures suggest that the care economy plays an essential part in Colombian daily activities, many of these chores are neither recognized as productive nor considered work.

The importance of this invisible sector in Colombian society hints at an opportunity to remove the care economy from a mere familial circle and transform it into a formal productive industry.

We propose that the care economy becomes a paid sector or, in other words, is formalized. We expect the formalized care economy to create jobs from currently unpaid activities.

But many households can only benefit from the care economy if it’s accessible. We recommend that, even if paid, the care economy remains available to everyone. It must be paid, but it must also impact every social sector. 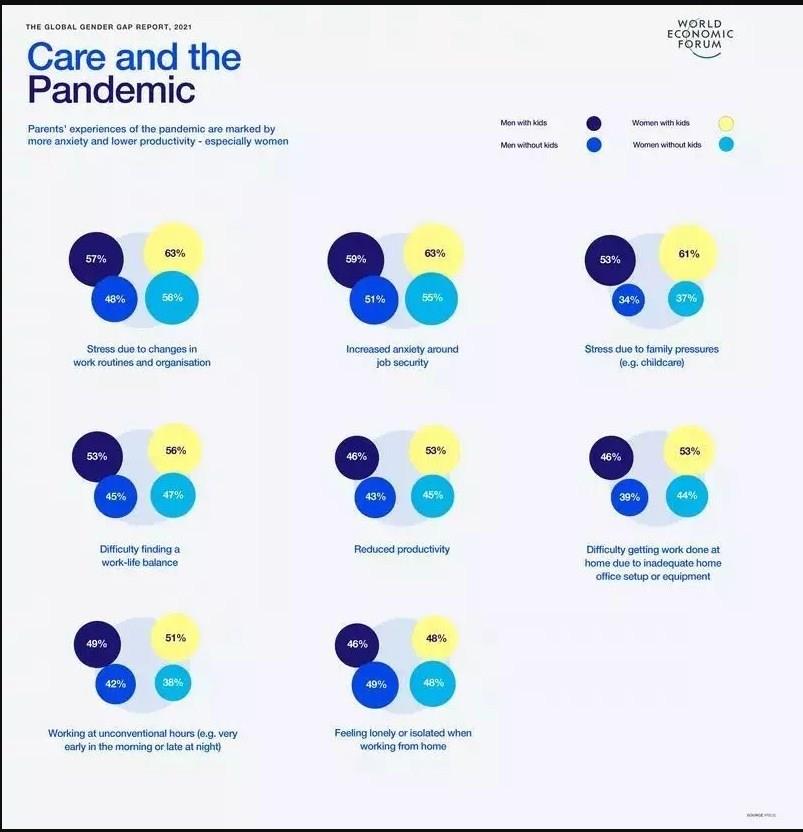 Our proposal expects that, once the care economy is transformed into a proper productive industry, the State assumes the cost of taking care and nursing the most vulnerable people - those who can’t pay the market rates. On the other hand, the market should supply the remaining sectors, whose purchasing power will cover the costs of these new paid activities. The care economy, then, can exist under a mixed market approach.

Under the DANE’s measurements, specifically under the data observed from its 2012 and 2017 surveys, Colombian women dedicated 31 hours per week to unpaid care chores, representing 78% of their working hours. But men, on the other hand, committed less than half of the time to the same activities.

In 2022, 50% of Colombian women cannot access the labour market because they’re expected to spend their time being housekeepers. In this sense, the formalization of the care economy represents a historic reparation of the labour done by women. It’s also an essential step in the movement to remove the sexist bias that conveys that only women should supervise the housekeeping. Formalizing the care economy would contribute toward closing the gender gap.

A paid-for care economy will impact the whole population

In conclusion, the formalization of the care economy involves job creation, a more significant total payroll, an increment in GDP, and an improvement in women’s rights. Thus, it’s not about paying homemakers: Formalizing the care economy will help distribute chores among people who can do it for a wage. In other words, it means creating employment for all the population with a rallying call to take care of other people.

EU employment aid for workers in France and Greece

Are ’decentralized autonomous organizations’ the business structures of the future?